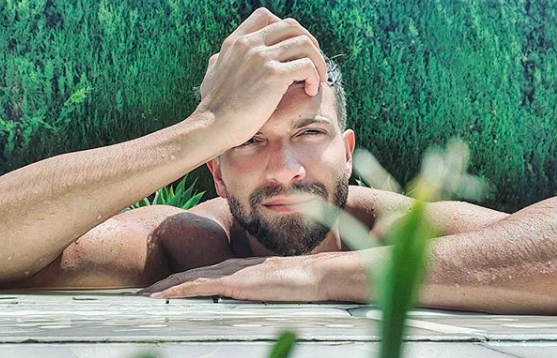 This profile is part nine of Queerty’s 2020 Out For Good series, recognizing public figures who’ve had the courage to come out and make a difference in the past year, in celebration of National Coming Out Day on October 11.

Bio: The Spanish crooner first burst onto the music scene in 2011 with his self-tiled album, which was certified six-time platinum and earned him three Latin Grammy Awards nominations. His follow-up album Tanto was released a year later and certified platinum ten times over. To date, he has released four studio albums, two live albums, and an EP, all of which have topped the charts.

Coming out: To commemorate Pride month this year, Alborán posted a short video to Instagram announcing to his 5 million followers that he’s gay.

“We need to reconsider our lives, careers, what does and doesn’t make us happy,” he said in the video. “I think that we often forget about the love that unites us and makes us stronger.”

“I’m here to tell you that I am homosexual and it’s okay. Life goes on, everything will remain the same, but I’m going to be a little happier than I already am.”

Finding my flock: After coming out, Alborán not only made international headlines, he attracted new fans and followers from all over the world. Speaking to GQ Spain in September, he said he never expected his three-minute video, which he recorded on the fly, to garner the kind of attention it did.

“I have received a flood of love and stories that I swear I did not imagine,” he said, adding that he’s heard from mothers who used his coming out video to teach their children about LGBTQ people, and fans were inspired by it to share their own truths.

“I’m a normal guy, who laughs at everything, who wants to have fun,” he added. “And now, in addition, I can look at people and say: this is me.”

But that’s only half the story. By coming out, people can look at Alborán and say “He came out. I can too.” That, folks, is finding a flock.