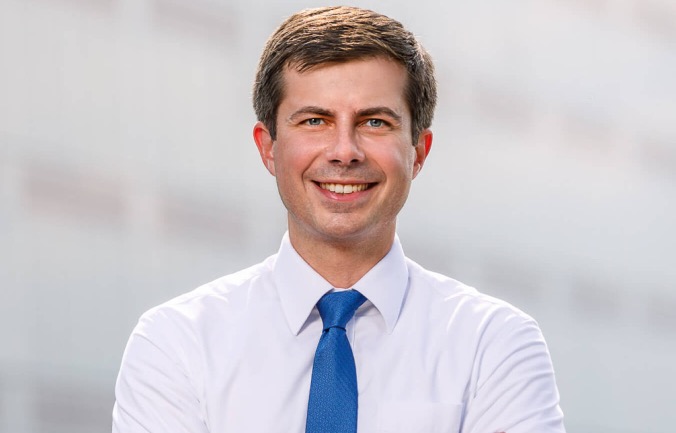 Who He Is: Mayor of South Bend, IN; presidential candidate

What He’s Contributed: Buttigieg has emerged as a top-tier presidential candidate, putting to rest the canard that voters aren’t ready for a gay president, let alone a happily married one. Audiences love his thoughtfulness, and he’s not afraid to throw some shade at anti-LGBTQ right, especially fellow Hoosier Mike Pence.

Why We’re Proud: Buttigieg is reshaping the Democratic party and American politics. He’s reframed the political debate in a way that breaks with the past and reclaims themes that Democrats have long ceded to Republicans, like religion. In a field dominated by focus-grouped personas, Buttigieg stands out as a breath of fresh air.

Buttigieg has long been identified as one of the Democrats’ rising stars, but no one would have predicted that he would burst onto the national scene with quite this much momentum. He has shattered expectations, not just because he is gay but also because of his age and his current position. Being mayor of a small city isn’t generally the express route to the White House. But Buttigieg has proven himself to be an exception to all the rules.

In some ways, Buttigieg’s resume looks like it belongs to someone building up to a presidential run. He attended Harvard, was named a Rhodes Scholar and spent time at Oxford. He worked on several campaigns and at the global management consulting firm, McKinsey and Company.

Unlike almost all the other presidential candidates, not to mention the draft-dodging president, Buttigieg is also a military veteran. He served as an intelligence officer in the Navy Reserves and spent seven months in Afghanistan. He’s also ridiculously smart, but he wears his intelligence lightly. He once taught himself Norwegian so he could read a Norwegian novelist.

Buttigieg has always displayed a politically ambitious streak. His first run for office was in his native Indiana in 2010, when he made a failed bid to come state treasurer. The following year, he was elected mayor of his hometown, South Bend, where he quickly attracted the attention of the national press. In 2014, The Washington Post called him “the most interesting mayor you’ve never heard of.”

Buttigieg handily won re-election in 2015, but with one twist: for Pride month that year, he wrote a newspaper column in which he came out.

“I was well into adulthood before I was prepared to acknowledge the simple fact that I am gay,” he wrote. “It took years of struggle and growth for me to recognize that it’s just a fact of life, like having brown hair, and part of who I am. Putting something this personal on the pages of a newspaper does not come easy.”

Whatever reservations Buttigieg may have had, he’s gotten over them. On the campaign trail he talks eloquently about the importance of his marriage. He’s appeared on the cover of Time with his husband, Chasten, and driven the religious right crazy by talking about how his marriage is an extension of his faith. (He’s an Episcopalian.)

Bullies want to get a reaction out of you because something else in their life isn't going well. It matters that we elect a president who doesn’t show that kind of behavior. pic.twitter.com/aa0Fv0yttL

In short, Buttigieg is a natural. He knows just how to criticize the President without coming across as obsessed with him (as Trump wants). His response to a question about Trump’s tweets–“I don’t care”–diminished Trump and hit Trump right in his ego while winning him laughter and applause from a Fox News audience of all places.

Whether Buttigieg has staying power as a presidential candidate remains to be seen. The field is crowded, and Buttigieg has some obstacles to overcome, notably his lack of connection–so far–with African-American voters. However, Buttigieg has plenty of election cycles ahead of him.

Meantime, he can enjoy this year’s pride as a political star. But it will never top last year’s.

That’s when he married Chasten and then went to the local pride festivities to celebrate their marriage.