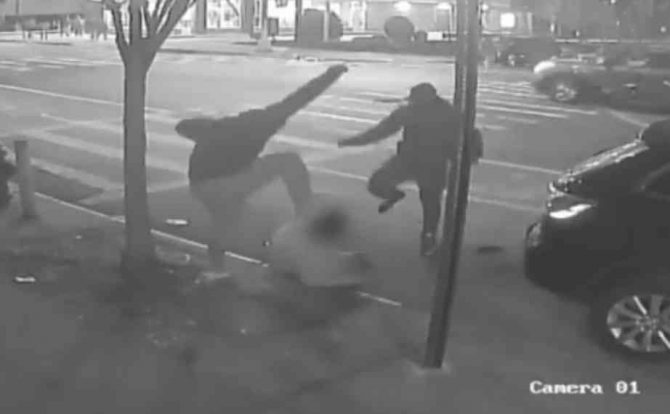 New York City police have announced the arrest of a third suspect connected with the murder of Juan Fresnada, a 60-year-old man assaulted while walking with his partner on Christmas Eve.

Law enforcement officials have not released the name of the suspect, who is said to be only 14 years of age. His marks the third arrest following that of 18-year old Abu Conteh, as well as another, anonymous 15-year-old.

Fresnada and his longtime boyfriend, Byron Caceres, exited a McDonalds in the Bronx on Christmas Eve, when three men, described as teenagers by Gay City News, attacked them in a robbery attempt. When Fresnada refused to give in, the three attacked him, punching and kicking him to the ground. They then hit him with a steel garbage can before making off with only $1. Fresnada died of his injuries three days later.

Police have not clarified if they still believe other suspects remain at large; early reports suggested five suspects in connection with the beating. While all three will face murder charges, it also remains unclear if prosecutors will seek to try the two minors as adults.

Though the victims, in this case, are gay men, police have not leveled any hate crime charges, a choice backed by Caceres, who reported that the men did not use any homophobic language in the attack.

Out of bounds
15 comments

Out of bounds
15 comments