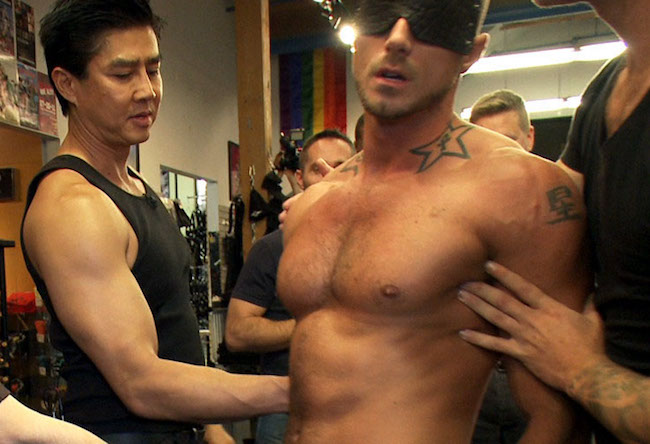 New developments in the case of Kink.com, the popular San Francisco-based adult film company with CEO Peter Acworth at the helm.

Three actors — two male, one female — sued the company back in 2014, alleging that they contracted HIV while filming scenes for Kink.

Now, a federal judge has ruled the company must defend itself against the allegations.

One of the performers, now retired from the industry, says he was infected while making a “Bound in Public” scene back in 2013.

The site — part of the Kink network — specializes in scenes featuring men having S&M sex in public.

One performer, John Doe, claims he was blindfolded in a scene filmed at the Armony in San Francisco. He says the scene required him to perform oral sex on dozens of men — “untested, unidentified members of the general public.”

Doe maintains he had a cut in his mouth while filming the scene.

The actors allege they were all required to have unprotected sex and told they’d be “out of a job” if they requested condoms.

The actors are being represented by Atain Speciality Insurance.

US District Judge James Donato has now granted the insurance company a summary judgement, saying a physical-sexual abuse exclusion “exempts the insurer from covering claims arising from sexual activity,” according to Courthouse News.

Neither Kink nor Atain have issued an official statement following this latest development.

Talking to Courthouse News in 2015, Kink’s attorney Karen Tynan warned that people shouldn’t be reeled in by “the sensational nature” of the accusations:

“None of these claims were made at the time of the shoots, and are easily refuted both by detailed shoot records, our testing protocols, and the video footage itself.”