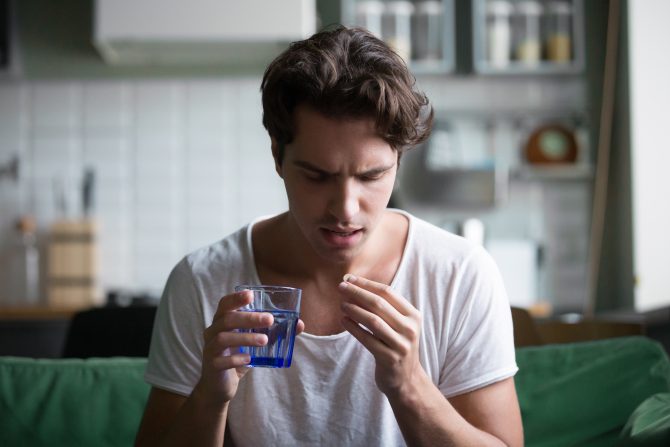 A study has found that 7% of those diagnosed with HIV in the US are not adhering to their medication because of financial cost concerns. The same study found 14%, used “cost-saving strategies” with their meds.

What are drug cost-saving strategies? In this instance, that includes any of the following:

If participants admitted to any of the last three, they were marked as being nonadherent.

Related: These donation-worthy organizations are out to crush HIV. They are getting close

The survey was carried out by the CDC’s Medical Monitoring Project. It notes the US spends more per person on prescription drugs than other high-income countries, and patients pay 14% of those costs out of their own pocket.

US citizens may struggle to pay for HIV medication if they’re not insured, don’t have Medicaid cover, or have unmet needs for meds from the Ryan White AIDS Drug Assistance Program (ADAP).

Not taking medication for HIV can have serious consequences. It can lead to the virus multiplying in the body and inflicting damage upon the immune system. It is also likely to make someone with HIV more infectious.

In contrast, if someone is on medication and undetectable, they are unlikely to suffer any ill-health related to HIV and cannot pass the virus on. This is known as ‘Undetectable = Untransmittable’, or U=U.

The study was carried out between 2016 and 2017. It found that those who don’t stick to taking their meds were more likely to visit ER and have a heightened viral load.

The authors say, “Addressing financial barriers to antiretroviral therapy (ART) adherence might improve levels of viral suppression, which is central to ending the HIV epidemic in this country.”

President Donald Trump pledged earlier this year to reduce the incidence of HIV domestically by 75% in 5 years, and by 90% by 2030.

Countries that have already hit this target include the UK, Denmark and Sweden. However, the US has yet to do so. Approximately 86% of those believed to be living with HIV have been diagnosed and 63% of those diagnosed have a suppressed viral load.

Commenting on the study, Murray C. Penner, Executive Director, North America, of Prevention Access Campaign: U=U told Queerty the report is, “concerning, but not surprising, as healthcare and medication costs are far too often cited as barriers to getting into or staying in care.”

He says, “U=U is the foundation of being able to end the epidemic. It keeps people with HIV healthy, dismantles stigma, and prevents new transmissions.

“But it only works if people with HIV take their medication as prescribed.

“This report demonstrates that cost implications of medication access (for both treatment and prevention) must be addressed in order for efforts in the US to reduce transmission of HIV and end the epidemic are to be successful.”