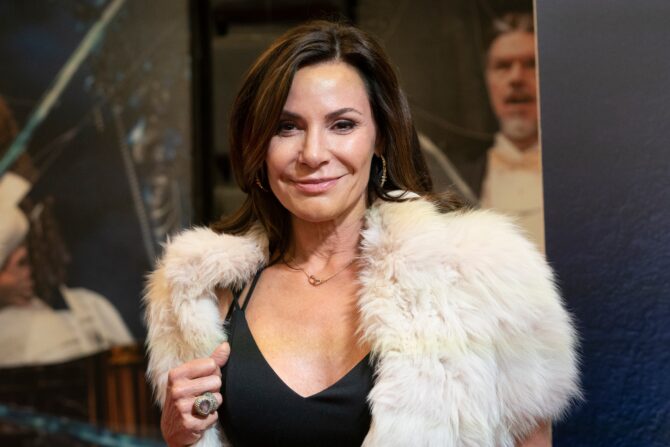 Luann de Lesseps of Real Housewives of New York fame was reportedly given the boot after hogging the mic at gay piano bar Townhouse in Manhattan.

A source told Page Six she “monopolized the piano, but that isn’t how it works; you sing [one song] and move on.” Luann, who performs her own show called “Countess Cabaret,” had other plans, yelling at patrons before eventually being shown the exit.

Witnesses said de Lesseps appeared intoxicated as she tried to get the pianist to play her original songs.

“Luann thought she was doing her act. She tried to sing [her song] ‘Money Can’t Buy You Class,’ but they didn’t know it. They know standards.”

As de Lesseps belted out “jumbled versions of songs,” the crowd turned on her and started booing.

That’s when de Lesseps started “yelling at the gays, ‘You don’t know me! I’m a cabaret star!'” She told the crowd “f–k you,” at which point she was allegedly kicked out of the bar for getting aggressive.

De Lesseps told Page Six the following day: “I was at rehearsals all day yesterday [for her upcoming cabaret show], then went to dinner with Broadway producers. We were in a celebratory mood and drinking champagne.”

After dinner, she says she went to Townhouse with “Kinky Boots” producer Jim Kierstead, where “there were a bunch of people singing, and it was a fun, boisterous crowd.”

At Kierstead’s urging, she “got up and sang a few Broadway songs they were playing.”

“I realize I was a little bit tipsy, but we were having fun, and it was getting late. I’d been rehearsing, and I was in the mood to sing a few songs. Then Jim said to me, ‘Lu, I have an early rehearsal,’ and then we left around midnight, 11:30 p.m.”

She denies being ejected from the venue.