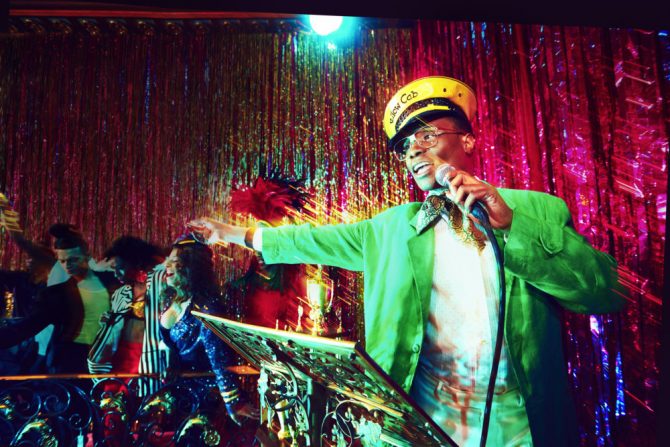 Who he is: Actor, singer, and fashion icon

What he’s accomplished: One look at his expansive resume, and one can’t help but wonder: Where haven’t I seen Billy Porter?

An award-winning actor, singer, writer, TV personality, and fashion icon, some may recognize him from his impressive stage work in Kinky Boots and Grease! Others may know him as Pray Tell on FX’s Pose, or for his appearance on American Horror Story: Apocalypse.

And then there are those who know him from the red carpet.

No stranger to fashion, Porter knows how to work that step and repeat, often blurring the lines of gender, sexuality, and femininity. Whether he’s spotted at the 78th annual Peabody Awards wearing a glamorous, eco-friendly gown, or making a splash at this year’s Met Gala, where he was declared “Most Fabulous Entrance in Met Gala History” by Vogue, he can command a red carpet like none other.

Why we’re proud: As an openly gay African American entertainer, Porter’s advocacy extends far beyond the glitz and glam of the red carpet. He owns his identity in all its glory, without shame or apology.

This unapologetic advocacy has also extended into his television work and beyond. During the most recent season of Pose, it was revealed that (SPOILER!) Porter’s character was HIV-positive, a storyline that affected the actor deeply.

“I feel like I’m standing [up] for all of my friends who didn’t make it and whose stories were buried for so long,” Porter told Variety after learning of his character’s diagnosis on the show. “Their stories are getting told [now] and I’m one of the people who’s getting to tell them, and that means everything to me.”

But Porter’s ability to shine a light on such important causes wasn’t always a given. In fact, it took him a long time to get where he is now.

As he told TV Guide in 2018, his journey was fraught with struggle, as he was faced with “constant rejection on Broadway and in Hollywood because of his sexual orientation and natural flamboyance.” Executives often told him, flat out, that he had no chance in the industry.

Decades later, it’s clear those executives were wrong, as Porter continues to take the industry by storm, whether on screen, on stage, or in fashion.