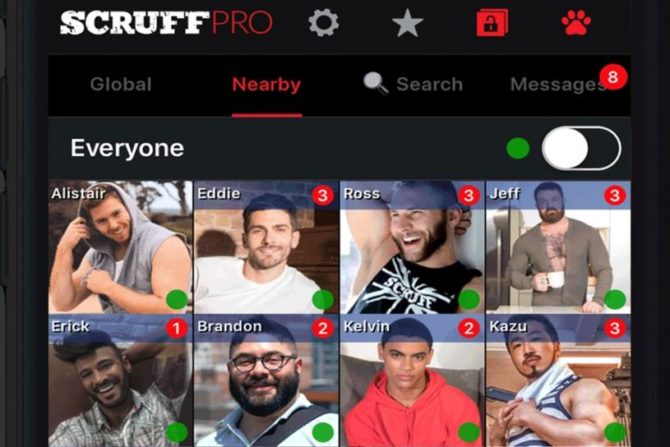 Gay dating apps Scruff and Jack’d will follow the lead of Grindr in eliminating race-based filters in user searches.

Perry Street Software, the company that owns both Scruff and Jack’d, issued a statement Tuesday via Scruff’s Twitter account. The company also said it would make donations to advocacy groups Color of Change and to the Marsha P. Johnson Institute in solidarity with the ongoing protests against police brutality around the United States.

We stand in solidarity with the fight against systemic racism and historic oppression of the Black community. Black Lives Matter. Below are some of the actions that we will be taking. pic.twitter.com/NOBgTQqfq3

“We stand in solidarity with the fight against systemic racism and historic oppression of the Black community,” the statement began. “Black Lives Matter.”

Related: Grindr marks the start of Pride month by ditching its ethnicity filter

“Our community is no stranger to fighting a status quo that tells us we don’t matter”, the statement read. “In the wake of the killings of George Floyd, Tony McDade, Breonna Taylor, Ahmaud Arbery and countless other Black Americans, to be silent is to be complicit. We recognize that awareness is no substitute for action, and so we call on our community to do what it does best: organize, fight oppression and create change.”

“We commit to continue to make product improvements that address racism and unconscious bias across our apps. In 2018 we removed ethnicity as a default display option on profiles; we will soon be making further changes to make sure ethnicity is not searchable.”

Dating apps like Grindr, Scruff and Jack’d have come under renewed fire in the wake of the nationwide protests for allowing users to sort potential dates by race. Critics point out that eliminating or preferring entire groups of people based on ethnicity fosters and systemizes racism both inside and outside the queer community.