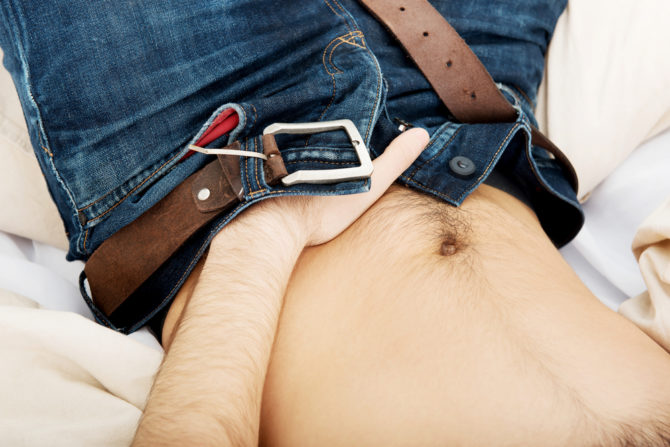 An autistic gay man is opening up about what sex is like for him in a new confessional published by The Guardian.

In the post, the man, who does not reveal his name, describes himself as “a homosexual man in my mid-50s diagnosed with Asperger’s syndrome or high-functioning autism.”

What does that mean exactly? We’ll let him explain:

In formal environments such as higher education and work, I come across as reasonably normal, pleasant, chatty if a bit shy and wary, and unusually sympathetic (albeit in a detached way, as if I were a professional counsellor). Outside work, I am introverted, a creature of habit, mistrustful of people, preferring seclusion and personal autonomy. People regard me as remote and eccentric. A comfortable level of social interaction consists of talking for a couple of hours over dinner, a few times a year, within a small circle of trusted friends. I do not bond emotionally with anyone, including immediate family.

And it’s the “not bonding emotionally with anyone” part that can make sex a little, well, tricky.

I have always had an extreme fear of disease contagion, and even the thought of casual contact with people’s microbiomes repels me. For these reasons I have never wanted intimate relationships.

Yet, despite this, he’s still a sexual being with needs. So how, given his unique challenges, does he get those needs met?

One to three times… a day?!

Over time, the man says he has come view his sexuality as more of a “biological urge” than anything, one that bears “no relevance or value in relation to the rest of my life”.

“The aspiration for love and sex is not universal,” he concludes. “Nor is it exclusively people with a low sex drive who choose a solitary life.”