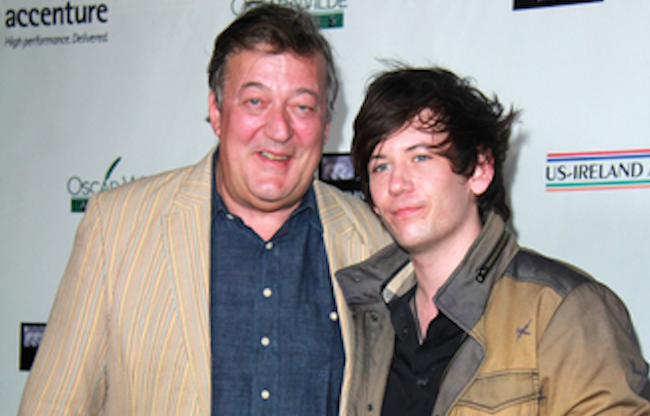 Stephen Fry claims his husband of two years has become an “expert” in working with his mood swings — and being able to decide whether they’re natural or due to his ongoing mental health issues.

Fry has been diagnosed with bipolar disorder, and he opens up about his day-to-day life in a new movie for mental health initiative Heads Together, a project backed by The Duke and Duchess of Cambridge, Prince Harry, and stars like Andrew Flintoff.

Directed by comedian Simon Amstell, the movie features Stephen talking to his psychiatrist Bill about his various mental health issues, including his attempted suicide in 2012.

Of the incident, Fry says:

“It had been very tough and something had been building up inside of me. I can recall talking out loud; ‘It’s pointless, it’s pointless’.

“Everything about my life had come to it’s end.”

“I find it very very difficult to look at myself. There are times when, having done the amount of TV and stuff I’ve done, there are times when I’m watching television and my ugly mug will pop up and I can see how unhappy I am.”

Communicating with others wound up being “a strong part of the healing,” and he is particularly appreciative of husband Eliot Spencer, who he says has been unerringly patient and supportive since they married in January 2015.

“My best friend of all, my husband Elliot, he’s become very expert in detecting when my moods are more than just being annoyed because I’ve locked myself out of the house to a genuine fall in mood.”