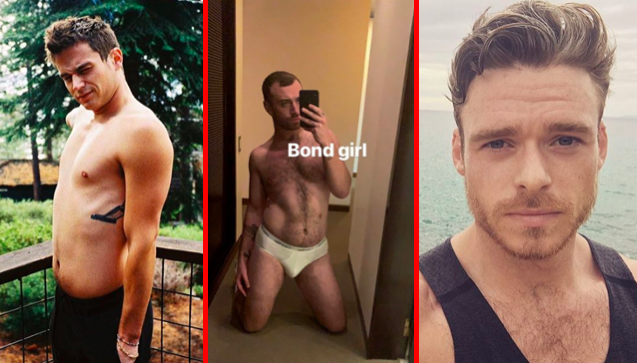 In the mood for some gay gossip served extra juicy? Then have yourself a seat… Because Gay Twitter is abuzz with rumors about Sam Smith‘s ex actor Brandon Flynn.

Smith and Flynn dated for about nine months last year before breaking up. Now, it appears there’s a new man in Flynn’s life and it’s none other than Game of Thrones actor Richard Madden.

The Daily Mail reports that Madden and Flynn have been living together in Los Angeles for some time now. But apparently they’re just “roommates,” which seems a little odd since they’re two adult men with very well-paying jobs, but what do we know? Maybe they just like having company?

Anyway, rumors of an alleged romance between the two began swirling after paparazzi pics showed Flynn and Madden buying weed together. And everyone knows nothing says “I love you” like sharing a big fat blunt.

Then the guys were also spotted attending a performance of All About Eve, starring Kate Winslet, in London together. That’s in addition to Madden being spotted walking Flynn’s dog and the two posting selfies in which they are wearing matching necklaces.

Keeping you abreast of celeb news:

– Chloë Sevigny is allegedly dating Luka Sabbat
– Richard Madden is bi (?) and got matching necklaces with Sam Smith's ex Brandon Flynn
– Logan Marshall Green cheated on his wife and now they're getting divorced and she posted about it on IG pic.twitter.com/BnxbXbqlAM

Richard Madden is out here buying joints and matching necklaces with Sam Smith’s ex boyfriend. HONEYYYY the next Sam Smith album is about to weaponize sadness

WAIT… BITCH! Are you telling me that ROB MOTHERFUCKING STARK is FUCKING @samsmith EX nowadays?
Sister Sam is gonna make us CRY with the next álbum.
HIS LEMONADE IS COMING. OMG
?RICHARD ?MADDEN? https://t.co/xyD9Yh66eQ

“I read an article by Sir Ian McKellan and he said no openly gay man has ever had an ex turn around and be seen canoodling with a hotter guy. ” – Sam Smith

The alleged love affair hasn’t been confirmed by either of the men, however, and it’s believed Madden, who will be playing Elton John’s manager, John Reid, in the upcoming biopic Rocketman, has only ever dated women in the past.

So who knows what’s really up?

But just to add another layer of intrigue to the whole thing, Smith seems to be coping with the rumors by posting thirsty underwear selfies on Instagram. The pics were purportedly about “body positivity” and definitely not a way of reminding his ex of what he’s missing. 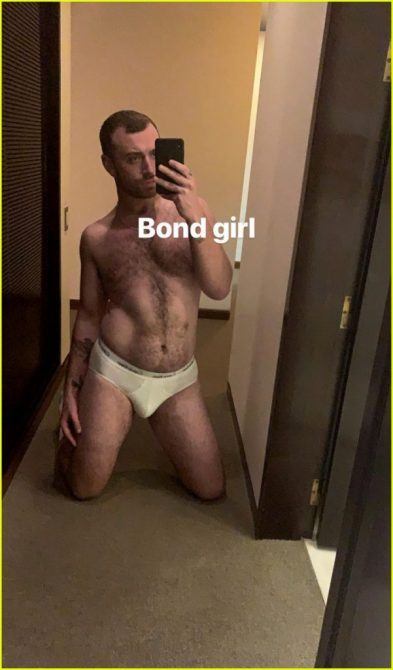