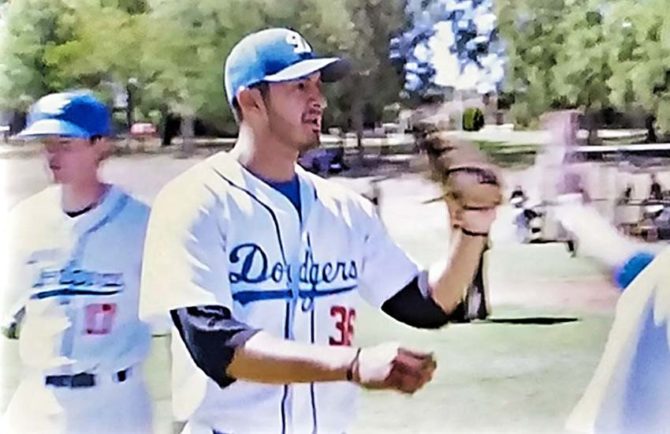 Fans of the Golden Grove Dodgers in Adelaide, Australia got quite a surprise Monday night when one of the team’s star players, Ryan Jordan Santana, came out publicly on live TV.

Santana came out to his teammates (and his mom!) while shooting an episode for TLC’s series This Is Life Live. During the taping, the host asked why he chose this moment.

“I feel like I struggled with it,” Santana replied, “and I know there are others struggling with their sexuality as well.”

He continued: “And I feel like I don’t want them to feel alone or by themselves. And I want to let them know they are not alone. I want to be some kind of outlet, a light.”

Related: Five Things Major League Baseball Must Do To Help Players Come Out

Santana was raised in a Catholic home in Arizona. He first realized he was gay at a teenager, but kept it a secret for many years.

In an interview with Outsports, Santana says Azusa Pacific “was a tough spot for me because I do believe in God. It was challenging time for sure.”

“I lived a lie my whole life,” He explains. “I was always too afraid to even tell my teammates. But I don’t want to have to lie to them about this part of me anymore.”

“I always felt I couldn’t come out and play baseball. I thought as soon as I came out, I’m done playing baseball. But it shouldn’t be that way. They should be able to know that and judge me off of my athletic ability. If I’m a good baseball player, if I’m a good teammate.”

After coming out to his team on Monday, Santana was met with an outpouring of support. Some even broke down in tears when they thought about the pain Santana must have been feeling up until that moment.

“It doesn’t change anything between our friendship,” Santana’s roommate said.

And as for his mom, she was cool, too.

“I’m accepting of anything and everything with you boys,” she told her son. “You’re still you.”

“I want to live my life authentically,” Santana tells Outsports. “Everyone should be able to. It is important now because I’m at a time in my life where I’m thinking about family and career. I feel like now is a good time and I hope to inspire others to tell their stories.”