Is there anything the boys of Bel Ami can’t do? These are the questions you’ll ask while pawing through Rick Day’s new coffee-table book, which you can scurrilously order here. 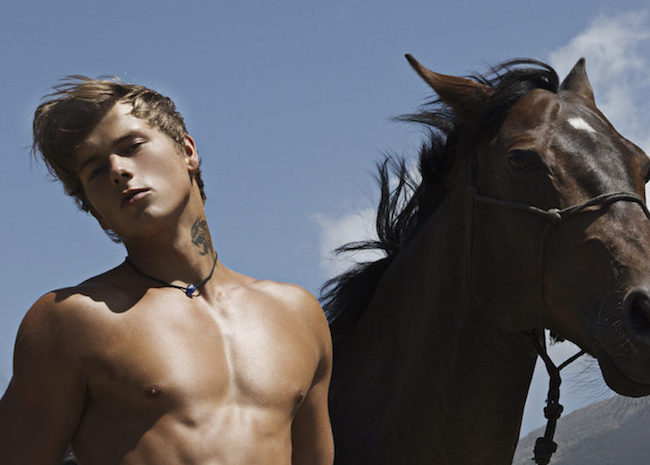 Things get bitchy, brutal, and bloody in the black comedy Catfight, which stars Anne Heche and Alicia Silverstone as lesbian lovers in a plot that revolves around vengeance and violence — but really hilarious violence.

In The Time of Their Lives, legendarily slap-happy Joan Collins (Dynasty) costars with Priscilla Pauline Collins (Shirley Valentine) as two discontent women on a road trip — but neither beat the shit out of each other.

Like Catfight, it’s billed as a comedy, and judging by the trailer, it’s a new kind of comedy that makes you feel sad. They do find inner strength, though.

Depeche Mode just dropped a new single, “Where’s the Revolution,” to promote their upcoming album Spirit out on March 17th. It’s a world-weary, industrial-tinged protest song that wants to know why you were dumb enough to let Trump to become president. You’ll tap your feet and wonder, “Why is he yelling at me?”

Ever wished you had your very own Fairy Godbottom, who’d flounce into your life waving around a plastic wand and teaching you how to hook up safely? Granted.