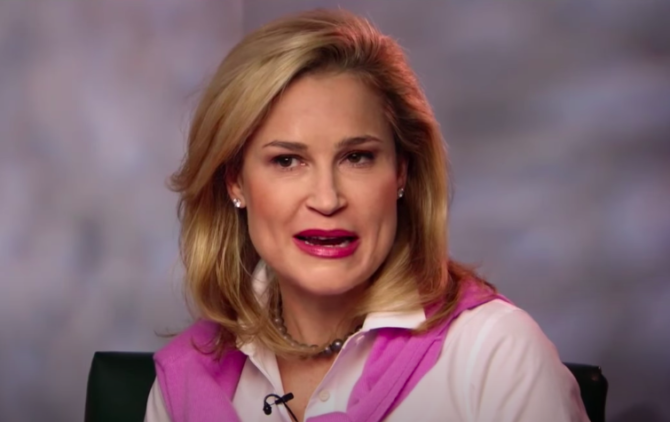 Heidi Cruz, wife of Senator Ted Cruz, is reportedly “pissed” that a group text showing her inviting neighbors on her family’s last-minute jaunt to Cancún, Mexico last week were leaked to the press.

Speaking to the podcast “Ruthless” yesterday, Ted Cruz once again addressed his PR nightmare and how Heidi has been handling the fallout.

“I will say, Heidi’s pretty pissed at that,” Cruz said when asked about the group text that showed her inviting friends to the warm Mexican resort town during a global pandemic and amid “FREEZING” temperatures in Texas.

Cruz went on to say that the fact someone leaked the text shows “how ridiculously politicized and nasty” people can be.

“Here’s a suggestion: just don’t be assholes,” he continued. “Like, just, you know, treat each other as human beings have some degree, some modicum of respect.”

Oh my. @American_Bridge has texts from Heidi Cruz planning the Cancun trip.

The group chats are not safe, Lovelies! pic.twitter.com/IqLYU2np0c

The antigay senator went on to say that his wife was also “pissed” when photos of her in a hot pink bikini on the beach started circulating on Twitter.

“I will tell you THAT she is pissed about,” he said.

Oh, and as for Snowflake, the family’s dog that was left behind in the freezing cold house while the family was away, Cruz said the animal was never in any real danger.

“Apparently, I fed Snowflake to the wolves,” Cruz said. “He was home with a dog sitter. The heat was kind of back on. The whole thing is a bit absurd.”

A local media reported Sunday that, so far, the winter storm in Texas has resulted in 69 deaths, 44 hours of freezing, and $18 billion in damage.

But Heidi is upset about her group chat leaking. And Ted thinks it’s all “absurd.”