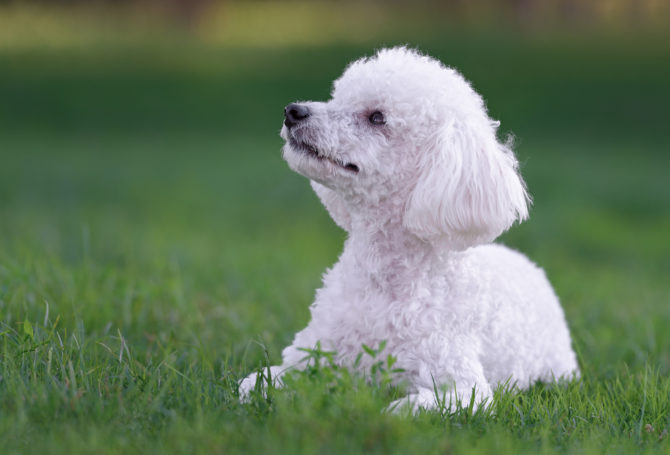 Senator Ted Cruz is currently in the middle of a potentially career-ending public relations nightmare after he was busted for abandoning his constituents during a deadly winter storm and sneaking off to Cancún in the middle of a global pandemic then blaming his 10 and 12-year-old daughters for the whole thing. A leaked group chat later showed that Cruz’s wife, Heidi, was actually the one who suggested the last minute getaway.

As if that wasn’t bad enough, Cruz also appears to have abandoned his family dog, a white poodle named Snowflake, who was purportedly left to fend for himself in the freezing dark house while his owners soaked up the sun on a warm beach in Mexico.

Journalist Michael Hardy passed by Cruz’s house in Houston around 1 PM yesterday and happened to see Snowflake peering sadly out the window.

“Just drove by Ted Cruz’s house in Houston. His lights are off but a neighbor told me the block got its power back last night. Also, Ted appears to have left behind the family poodle,” Hardy tweeted, along with a photo of the forlorn-looking canine.

Just drove by Ted Cruz’s house in Houston. His lights are off but a neighbor told me the block got its power back last night. Also, Ted appears to have left behind the family poodle. pic.twitter.com/TmLyGQkASy

Hardly followed that up with a second tweet, saying, “Just to clarify, this was taken around 1pm central on Thursday. It’s possible Ted brought the poodle back from Cancun with him, or that a family member was staying behind to take care of the dog.”

Just to clarify, this was taken around 1pm central on Thursday. It’s possible Ted brought the poodle back from Cancun with him, or that a family member was staying behind to take care of the dog.

It’s not clear who was looking after Snowflake while the Cruzes were away, but a security guard was seen parked outside of the family’s home, leading some to believe that maybe (hopefully!) whoever was in that car was taking care of the animal.

In any event, folx on Twitter are very concerned…

Snowflake was left Home
Alone in a freezing cold house.

A forlorn little figure I have
to say.

I'll never forget the fact Ted Cruz abandoned his dog Snowflake in a house that was too cold for him to stay in.

Ted Cruz named his dog Snowflake which means he hates his dog but honestly, that pup hates him back way more, and we all know it.

I stand with Snowflake #TedCruz pic.twitter.com/5UtmiZV3W1

Ted Cruz said his home was affected too by power outage, so he decided it was a good idea to leave his dog Snowflake there alone to freeze while he & his family went to Cancun. You're a special type of monster Senator!

Snowflake had the last laugh. pic.twitter.com/iiywbbbKAZ

Don't vote for anyone you wouldn't trust with your dog.

We are all Snowflakes tonight. pic.twitter.com/CAw06yQSD8

Has Snowflake hired lawyers yet?

Did Ted Cruz think Snowflake should just pull herself up by her boot straps and figure it out when he left her in the ‘FREEZING’ house for the week? @SenTedCruz

Next reporter who interviews @tedcruz please ask about Snowflake. The internet is worried

Never thought I could dislike Ted Cruz more than I already did…until he left his dog #Snowflake home to freeze to death. pic.twitter.com/DjKVyPedjm

Can we agree Ted Cruz is an even worse human being for leaving his dog home alone while believing that dog probably had the best 24 hours of his life without Ted Cruz in the house?

I think the final nail in @Tedcruz’s coffin is not the #insurrection, not the electoral vote, not even abandoning #Texas during a disaster. It’s the fact that he named his dog Snowflake and left her behind to freeze without water….

Live look at Snowflake when Ted Cruz comes through the door: pic.twitter.com/st3AstAA8l