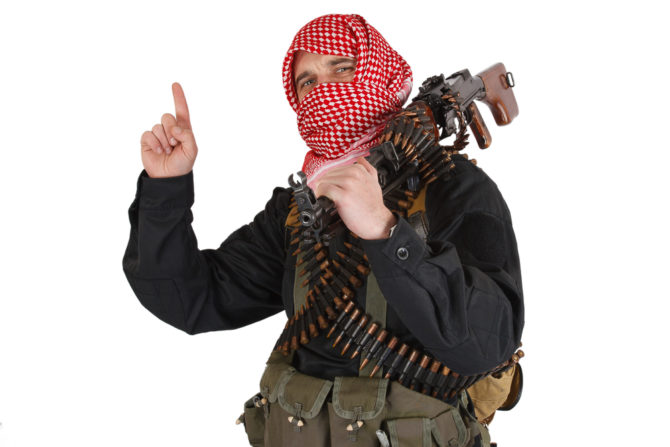 Have you ever wondered how terrorists in third world countries are so good at hacking into computer databases despite never haven taken any computer classes in their lives?

Well, Robert Graham may have the answer.

Related: A Terrorist Who Doesn’t Like Gays–What Will They Think Of Next?

Based on several years of observations, Graham believes many Islamist extremists are actually closeted gay, bisexual, or bi-curious men who honed their hacking skills while learning how to bypass censors that block access to gay sites in their homophobic homelands.

From our western perspective, we’d think gay young men would be on our side, motivated to fight against their own governments in defense of gay rights, in order to achieve marriage equality. None of them want that, as far as I can tell. Their goal is to get married and have children. Sure, they want gay sex and intimate relationships with men, but they also want a subservient wife who manages the household, and the deep family ties that come with spawning progeny. Thus, their motivation is still to defend the umma (the whole community of Muslims bound together by ties of religion) against the West, not pursue personal rights.

Graham also shares another tidbit of information he’s observed in many terrorist organizations: “A frequent initiation rite to gain access to these forums is to post pictures of your, well, equipment.”

And by “equipment” he does mean dick pics.

Why is this? Who really knows?

Graham concludes by writing, “I’m not sure if I have any better answers, just more complex perspectives.”