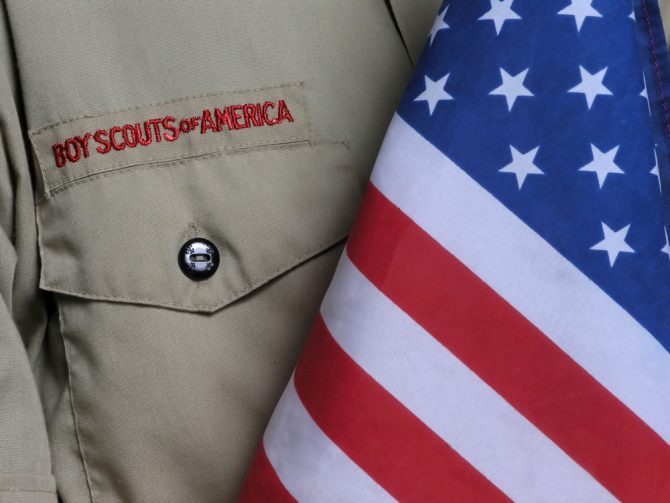 After talking about it for years, Boy Scouts of America has officially filed for Chapter 11 bankruptcy as part of its efforts to settle thousands child sex abuse claims. The Abused in Scouting group, which was formed last year and is made up of former scouts and lawyers, is leading the charge against the embattled, 110-year-old organization.

The New York Times reports that BSA has known about decades of sex abuse allegations involving nearly 8,000 “perpetrators” for some time and have maintained internal files about the cases at their headquarters in Texas. But in the last year, even more former scouts have come forward to identify hundreds of additional abusers who are not included in those files.

The AP adds that “scores of lawyers are seeking settlements on behalf of several thousand men who say they were molested as scouts by scoutmasters or other leaders decades ago but are only now eligible to sue because of recent changes in their states’ statute-of-limitations laws.”

For a century, BSA banned gay scouts and scout leaders, calling them “immoral, unclean and irreverent towards God.” They also forbade transgender scouts from joining until 2017.

On top of that, the organization didn’t incorporate any rules to prevent child molestation until their Youth Protection Program of 1988 which opened meetings to parent observers and forbade adults from ever being alone with or undressing around kids. It also didn’t require criminal background checks, something that could have weeded out convicted child molesters, until 2008.

BSA’s Chapter 11 bankruptcy was filed in Delaware and is expected to disrupt ongoing litigation by establishing a deadline for when former scouts can pursue claims against the group.

A spokesman for BSA said in a statement that the filing had “two key objectives: equitably compensate victims who were harmed during their time in Scouting and continue carrying out its mission for years to come. The BSA intends to use the Chapter 11 process to create a Victims Compensation Trust that would provide equitable compensation to victims.”

BSA’s president and CEO Roger Mosby added: “The BSA cares deeply about all victims of abuse and sincerely apologizes to anyone who was harmed during their time in Scouting. We are outraged that there have been times when individuals took advantage of our programs to harm innocent children.”