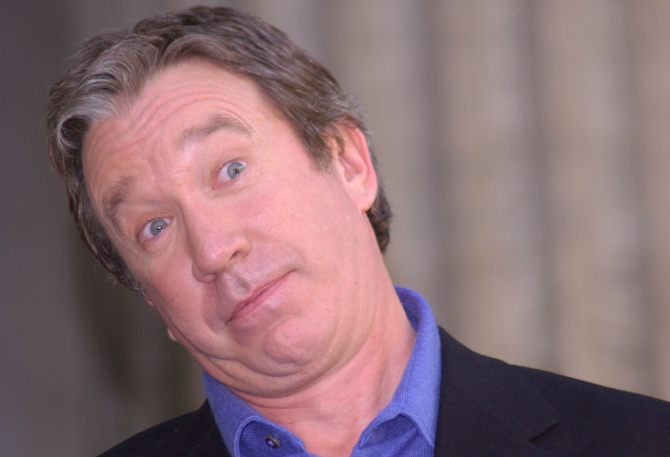 Sit-com star Tim Allen reminded everyone this week that he’s an asshole in an appearance on the WTF With Marc Maron podcast.

During the hour-long interview, Allen talked about the delight he took in watching Donald Trump destroy the country.

“Once I realized that the last president pissed people off, I kind of liked that,” Allen said. “So it was fun to just not say anything. Didn’t join in the lynching crowd.”

That’s right, folx. Tim Allen “liked” all the horrible things Trump did as president–the division he created, the chaos, and the hate–and thought it was “fun” to sit back and watch from a far.

Asked whether he views himself as an “old school conservative” as opposed to the “right-wing whack job,” Allen, who once compared being a Republican in Hollywood to 1930s Germany, said he’s always been a “fiscal, conservative person” and that he’s less concerned about telling people how they should live their lives.

Except for all those times he spouted his political beliefs in interviews, or the time he lent his star power to Trump’s inauguration, or the time he urged people to vote for GOP Senate candidate John James in a campaign video.

After the interview, Allen’s name briefly trended on Twitter. Here’s what folx had to say about him…

Very busy at the moment but didn’t want the day to pass without saying that Tim Allen is an asshole.

Tim Allen is right.
Donald Trump does piss people off.

When Tim Allen says he like that 45 pisses people off he means he likes 45 can make fun of minorities and get away with it. He can degrade women, black, Hispanic, lgbtq, etc and Tim wants to talk like that but can’t so he likes 45 for doing so.

Tim Allen is an asshole.

Tim Allen is admitting what all the MAGA people should admit.

Not only did they not mind that Trump was an ignorant a-hole, that is what they found to be Trump's most attractive feature.

Tim Allen likes Trump for the fact he pisses people off.

I could get behind logic like that if it weren't for the fact his buffoonery led to the deaths of half a million people and counting.

Tim Allen is to comedy what a vending machine ham sandwich is to the culinary arts.

At least Tim Allen is saying the quiet part out loud, that scumbags like him enjoyed the orange fascist’s path of destruction, crime and racism to own the libs. He really has always been an asshole tool.

What if we just never talked about Tim Allen again?