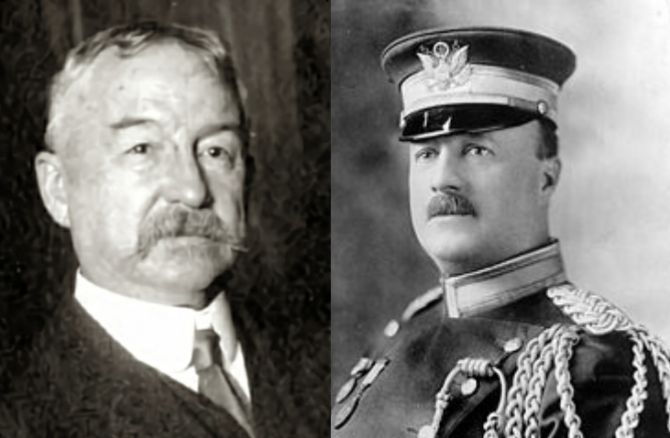 We all know what happened after Jack drew Rose like one of his French girls, but it turns out there may have been a real-life couple on board the Titanic whose story is even more intriguing than James Cameron’s Oscar-winning tale of doomed love.

While it’s not 100% confirmed, all signs point to the likelihood that prominent military veterans Archibald Butt (above, right) and Francis Davis Millet (above, left), who both died when the Titanic sank in 1912, were much more than just friends.

The maybe-probably gay couple has been a source of fascination for years. Historian Richard Davenport-Hines wrote in 2012 that “the enduring partnership of Butt and Millet was an early case of ‘Don’t ask, don’t tell,'” and a National Park Service website about a fountain built in their honor notes that “many “have asserted that Butt and Millet were involved in a romantic relationship.”

Now The Washington Post is filling in more details about the men’s lives, and since it’s probably too late to write them into Titanique the Musical, currently playing at Asylum NYC, perhaps they’ll inspire a show all of their own.

Millet was estranged from his wife and love letters show he had a previous relationship with writer Charles Warren Stoddard. Butt never married, and the two shared a mansion in Washington, D.C., where they regularly threw parties. President William Howard Taft, who happened to be Butt’s boss, was a frequent guest.

Related: A fascinating look inside London’s secret gay past

Millet and Butt were booked in separate rooms on the Titanic, but given that they’d have to keep their love a secret to maintain their status and freedom, this is hardly surprising. The Post notes that the men were vacationing together in Europe before boarding the ship, and it honestly sounds quite romantic.

Millet served as a medical assistant in the Civil War before studying art at Harvard. He traveled the world as a reporter, and received high praise for murals he painted in Belgium. He also served as vice chair of the U.S. Commission on Fine Arts.

Butt also worked as a reporter for some time, but joined the military at age 34 and quickly ascended the ranks. President Theodore Roosevelt called him back to Washington in 1908 to serve as an adviser. Taft kept him on when he assumed office, and the two men grew close.

Taft was devastated at the loss of Butt, taking it as if his son had died. After the tragedy, plans were formed to honor the men with a White House fountain.

The official reason was that the two were the only representatives of the federal government on board the ship, but we like to think it’s an enduring monument of same-sex love.

It’s located near the E Street entrance on the southwest side of the White House. 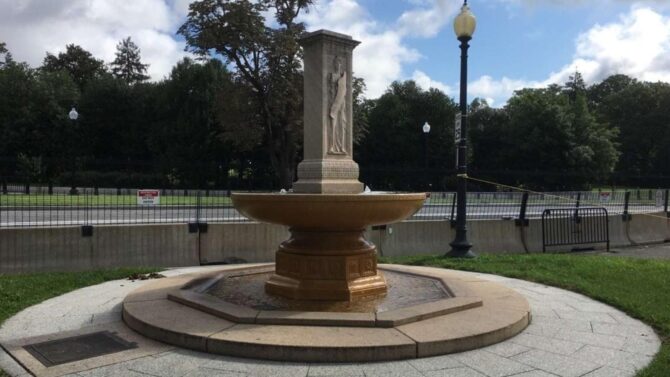