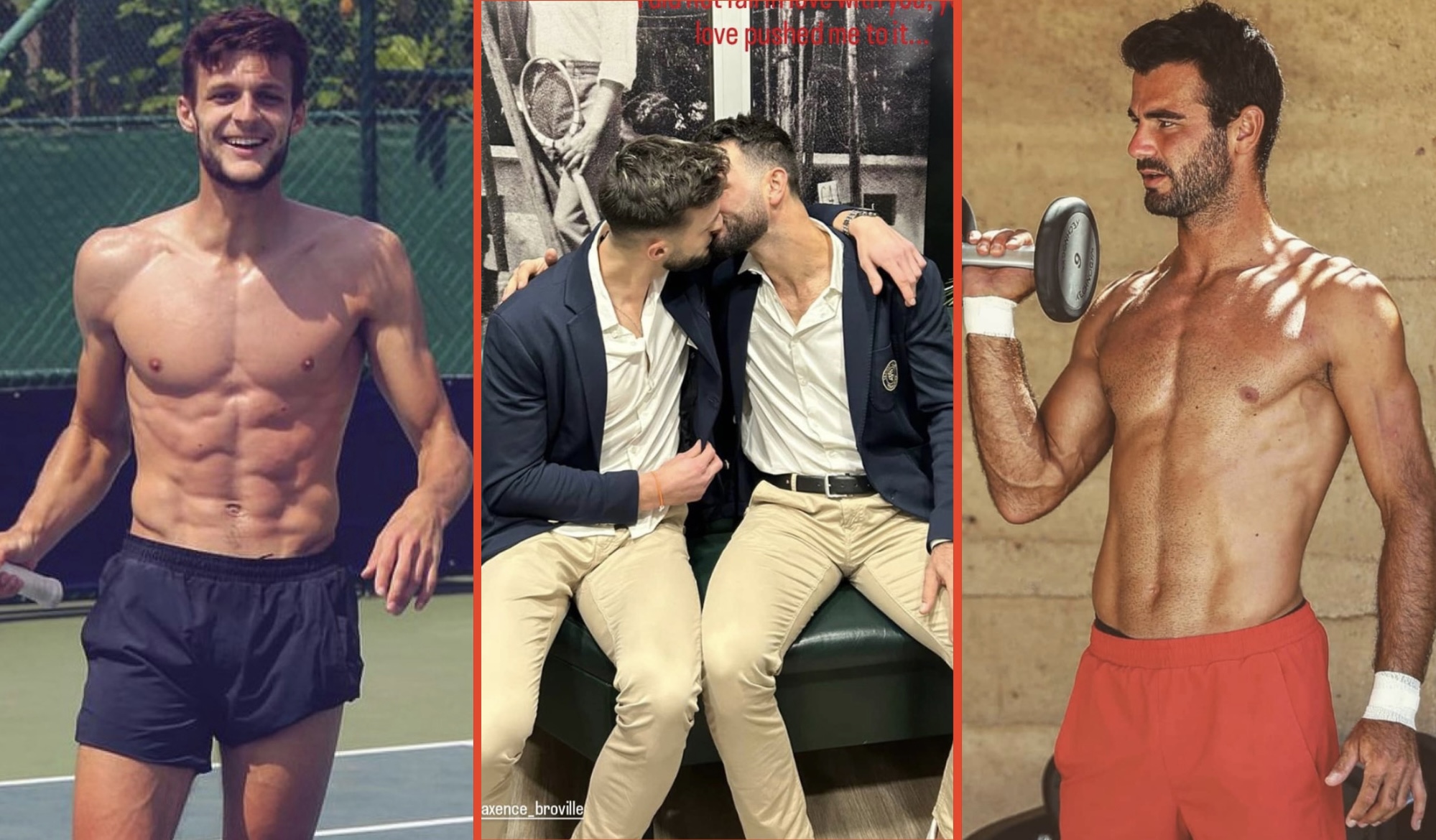 It’s no news that male sports stars get faux-flirty every now and again. European athletes are especially known to get into it, from kissing each other in celebration to uploading teasing Insta stories from the locker room.

So why is a recent Instagram post from a pair of French tennis players convincing folks on social media that it’s an actual factual coming out?

In a no-longer-up IG story, Slade Toulousain Tennis Club member Fabien Reboul posted a picture of him  kissing fellow player Max Brovillé. Not the first player-to-player kiss ever, but the caption lays it on pretty thick!

“I did not fall in love with you,” Fabien wrote. “Your love pushed me to it.”

Note: nothing’s been confirmed from either, but this could be a big step for men’s tennis. pic.twitter.com/YMEoYH4Mqh

Brovillé reposted it to his own story, adding a hand-heart emoji. He also posted a photo dump of his team with the second picture being from the same moment, with the pair pulled in close and gazing into each other’s eyes.

Swipe over for the “two best friends in a room, they might kiss”-esque pic:

Fingers are crossed for the copious well-intentioned “love is love” commenters.

Related: Why are there no openly gay pros in elite men’s tennis? Out, former player Brian Vahaley has an idea.

If the posts are genuinely, this is a great step forward for LGBTQ+ representation in athletics. They would both be the first active out Association of Tennis Professionals (ATP) players in history, as trailblazing players Brian Vahaley and Francisco Rodriguez both came out in retirement.

And how cute would it be to have a couple on the same team as doubles players? Icon status isn’t out of reach.

Lord knows they’re both pretty cute on their own:

Are they hot? Absolutely. Are the actually in love? The jury is out. Is the habit of playful gay banter between straight guys kind of making fun of homosexuality? Open to interpretation, but it can be fun to watch sometimes.

Even if it’s all a bant, one can always root for the playful-homoeroticism-to-genuine-homoeroticism pipeline to work its magic.