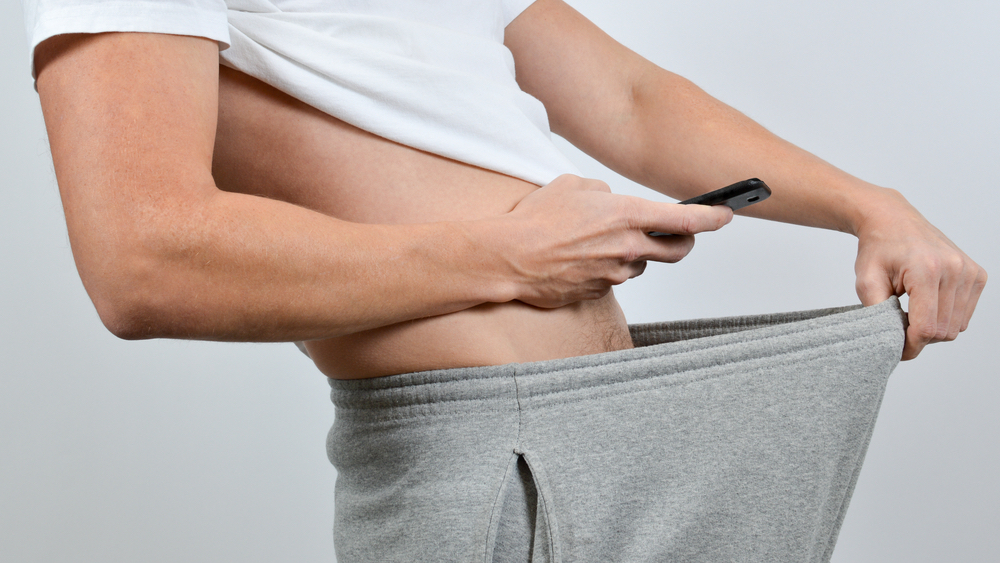 Warning, everyone: If you send an unsolicited nude image to anyone online in Texas, you can be charged with electronic transmission of sexually explicit material, a Class C misdemeanor, and fined up to $500.

The law against so-called “cyber flashing” took effect this past Saturday and seeks to stop “technology-enabled sexual harassment.”

“Caroline Ellis Roche, Bumble’s chief of staff, said the company plans to take the legislation to the federal level and other states in hopes of enacting it more broadly,” reports FOX 4.

Interestingly, Texas isn’t the first state to enact a law. South Carolina reportedly also has a law making it “illegal to anonymously send any lewd content without the consent of the person receiving it,” according to FOX.

But this new Texas law has us feeling conflicted. While web users shouldn’t be harassing people with unwanted pictures of their meat, we’ve sometimes sent unsolicited pictures of our dong or “cakes” in hopes of enticing dudes online — and it often works. This law has now made doing that a criminal offense, potentially opening the door to serious First Amendment challenges.

Freedom of speech includes sexual expression, and it’s sometimes hard to know whether a sexual image is appreciated or not until after you send it. Some legal thinkers worry the new Texas law is so broadly written as to also criminalize the sending of medical and artistic images in the name of ending harassment.

This law actually reminds us somewhat of the Sept. 2017 Washington Supreme Court decision charging a 21-year-old man with child p*rnography for digitally sending a nude image of himself that he took when he was 17. Similarly, in 2018, two cities in Colorado investigated over 100 teens for the same crime after they sent nude images of themselves to others.

Roughly 18% to 22% of all teens send sexually explicit messages of themselves — that’s roughly 7.5 to 9.1 million teens nationwide, more than the entire population of New York City. As such, Texas’ new law continues a trend of criminalizing nudity online and could especially affect teens and young people who’re still learning about sexting and consent.

It could affect bunch of us who trust others to tell us when our nudes are unwanted rather than just reporting us to the cops.

What do you think? Is this law a good idea or are there better ways we can curb online sexual harassment?