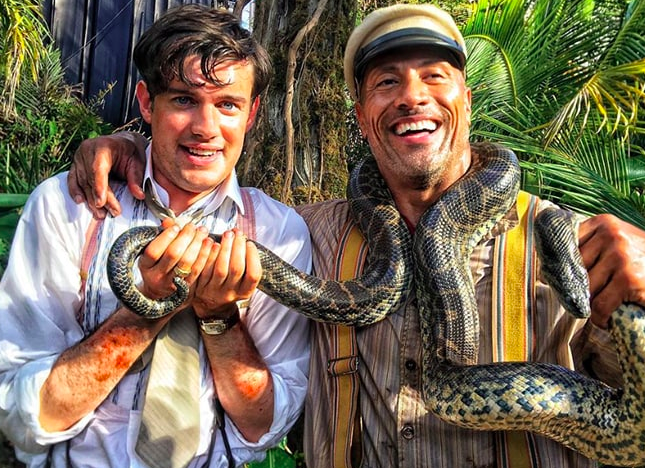 This just in: Disney’s upcoming “Jungle Cruise” movie starring Dwayne “The Rock” Johnson and Jack Whitehall will feature a big coming out scene… but there’s a catch.

No, it’s not that the character who comes out as gay will be played by a straight actor. There’s a different catch.

The coming out scene doesn’t actually use the operative word “gay.”

A test screening of the film took place last week — it’ll get a wide release in 2020 — and sources who attended tell TMZ Disney avoids using the word “gay” when Jack Whitehall’s character, McGregor, comes out to Dwayne “The Rock” Johnson.

We’re told, at one point, McGregor has a heart-to-heart with The Rock’s lead character, Frank, about dating history … and McGregor makes it very clear he isn’t into ladies. Keep in mind, this flick isn’t set in modern times.

According to people who have seen the film, McGregor talks about how his family tried arranging several marriages for him with different women, but he wasn’t interested in any of them because he’s not into women.

We’re told the scene was well-received by the audience, but the glaring omission of a pronoun to describe McGregor’s love interest did not go unnoticed.

Unclear if the scene will make the final cut — but ya gotta imagine it will, given how significant a move it is for Disney to include a gay character in an action blockbuster.

Earlier this year, Disney came under fire when it cast Whitehall, who is straight, to play its first gay character.

Since then, several actors have weighed in on the debate about representation and whether its appropriate for straight actors to play gay characters.

Most recently, Darren Criss vowed he will no longer take any LGBTQ roles, telling Bustle, “I won’t be another straight boy taking a gay man’s role.”