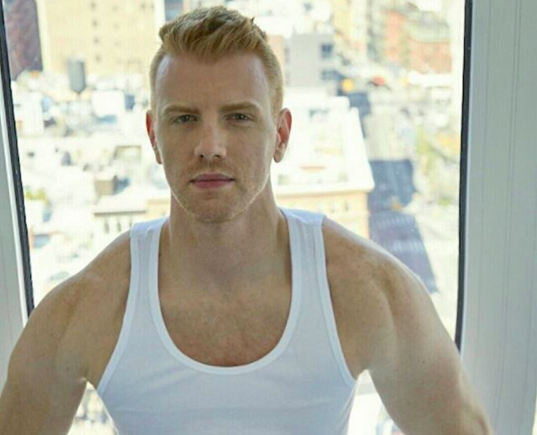 Walking Dead star Daniel Newman is clearing up the confusion that seems to be lingering around his sexuality.

To make a long story short: The 36-year-old ginger came out as bisexual on social media earlier this year, first with a video, then on Twitter.

Now, he’s clapping back at media outlets that falsely reported he came out as gay.

Speaking to the Advocate, Newman says, “People magazine even said that I was gay. I had just told the reporter about being bisexual and having girlfriends and things like that. She was like, ‘Oh, cool. Are you in a relationship?’ And I was like, ‘Yeah, I have an incredible boyfriend.’ And she’s like, ‘Oh, cool. It’s awesome you came out as gay.’”

Newman let the comment slide at the time. In hindsight, he wishes he would have corrected her.

“The article got published around the world that I said I was gay, which, I mean, it’s totally fine. But it was interesting to me that… if you have a boyfriend, [people think that] you’re 100 percent gay.”

He also took time to call out Hollywood for it’s portrayal of LGBTQ characters and stories, saying he would like the industry to “move forward” from the typical “sob stories” about queer people it tends to produce.

“The world needs to see the seamless integration of the LGBTQ [person] now in society, because that’s the way it is,” he says. “What needs to really be highlighted now, I think, is all the diversity. Show the masculine football player guys; show the guys that are running these huge industries… the incredible out leaders.”