Drew Droege, aka “Chloe Sevigny,” heads up the comedic and surreal drag queen webseries Paragon School For Girls, about a Hogwarts-y school where girls are going missing, just one of the highlights of this week’s What To Watch column.

As usual, we have great theatrical, home video, and streaming/TV titles for you, so on with the trailers and details!

Lauded French director Bruno Dumont follows up his bizarre yet engrossing Li’l Quinquin with this period slapstick farce set in the titular French seaside town circa 1910. Revolving around the well-to-do Van Peteghem family, including a transgender teenager, Billie, who is courting the son of a fisherman. When tourists start going missing, a clutch of cartoonish cops show up… and things get wackier and a bit morbid from there! Opens April 21 in NYC.

Nerdy New York teen Milo is obsessed with vampires to the point that he actually drinks blood from a growing number of victims. Living with his older brother in public housing and bullied at school, Milo immerses himself in vampire movies (mostly on VHS), and eventually finds a couple of living humans to connect with in a female neighbor. Can he resist drinking her, and is he actually a vampire or simply cray cray like the characters in Martin and Vampire’s Kiss? A creepy and sublime debut from writer/director Michael O’Shea. Opens April 21 in L.A..

Drew Droege’s deliciously bizarre “Chloe Sevigny” videos are directed by Jim Hansen, and the pair again collaborate on this surreal and comedic cross-dressed web series set at an all girls school (actually, a green screen, with miniatures serving as sets) where students have started disappearing. Take a little bit Hogwarts, a dash of St. Trinian’s, a little bit X-Men, a little bit Wes Anderson, and some dragged-out familiar faces like Jack Plotnick, and Sam Pancake, and you have this madcap mystery.

Writer/director/star Phillip Irwin Cooper based this semi-autobiographical feature on his experience returning to his Alabama hometown after finding frustration in both career and love in Hollywood. Once there he reconnects with old friends, deals with his mother’s health crisis, and discovers a few important things about himself – and a really sweet guy too… Extras include a post-screening Q&A session.

Little need be said for this sells-itself, critic-proof second entry in the Fifty Shades series (round-ups of the most cutting, sassy pans are easily found online and utterly hysterical). This time Christian Grey wants Anastasia Steele back, but that’s no easy task, especially with some of Grey’s old unhappy campers coming back into the picture… Extras include unrated and theatrical versions, deleted scenes, featurettes, and more.

Adventures in Moviegoing With Michael Cera

Filmstruck and Criterion Channel got actor Michael Cera to sit down for the latest installment of their “Adventures in Moviegoing” series, debuting April 24, in which he discusses his love for queer German director R.W. Fassbinder’s Fox and His Friends (1975), which you can also watch via the streaming service (and loads more LGBT-interest fare). 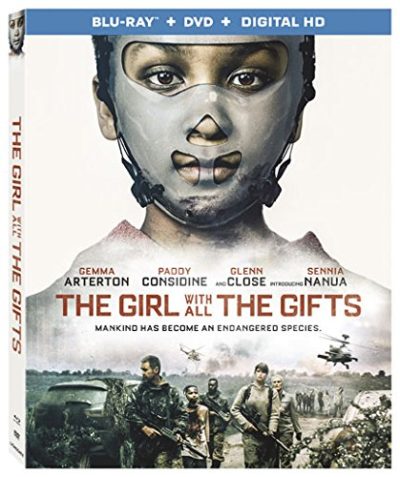 The Girl With All The Gifts