The Indie: Together Together

Our favorite film coming out of Sundance this year finally arrives, and we’re so excited to share the love. Together, Together follows Matt (Ed Helms), a single man who decides to become a dad through surrogacy. He taps Anna (Patti Harrison) as his surrogate, and what begins as an awkward business transaction becomes a story of unlikely friendship…and maybe just a hint of romance. Though the premise might seem oh-so-straight, don’t be fooled: Together, Together is exceedingly queer. For starters, openly transgender actress Harrison plays a pregnant woman, and the film’s two moral referees happen to be played by out-queer performers Tig Notaro (as a therapist) and Julio Torres (as Anna’s friend and co-worker). Most important of all though, the movie finds Helms & Harrison delivering some of the best work of their careers in a story touching, hilarious and delightfully original story.

The Unexpected: Arlo the Alligator Boy

We had no expectations walking into this Netflix animated musical about, well, an alligator boy journeying off to find his dad in New York City. It delights us to report we fell in absolute love with the movie’s plucky, crooning lead and his delightful cast of friends which include a butch female wrestler, a dwarf, a half-man, half-fish and a pink, fluffy style maven named Furlicia (voiced, appropriately enough, by Jonathan Van Ness). Arlo the Alligator Boy follows the tradition of The Muppet Movie: an oddball small-town kid ventures off in search of a dream, and finds an adopted family of fellow misfits. In essence, it’s a queer parable—a story many of us small-town oddballs who have adoptive families of fellow misfits will identify with. In sum, it’s irresistible fun and unexpectedly moving in the best possible way.

The Preview: Cher & the Loneliest Elephant

In honor of Earth Day, Paramount+ offers a special preview of this new documentary which will debut on the Smithsonian channel next month. Cher & the Loneliest Elephant follows the titular icon on a personal crusade to save Kaavan, an elephant that spent 20 years chained up as an exhibit in Islamabad. When Cher learned of his isolation and neglect, she made it a personal crusade to see Kaavan rehomed at a sanctuary in Cambodia. The film traces their journey together, and the curious bond that develops between the pair.

In other words, call it a Cher-as-Superhero movie. That’s more than enough to pique our interest.

Streams as a special preview April 22 on Paramount+. Wide release to follow next month.

We covered this revealing documentary on the festival circuit in 2019. Now, it finally comes to streaming. Director Laurie Lynd examines the story of Gaetan Dugas, a Canadian flight attendant labeled by Randy Shilts in And the Band Played On as “Patient Zero” in the AIDS crisis. Shilts mistakenly believed that Dugas had brought—and purposely spread—HIV to North America. Now, Lynd wants to dispel that myth once and for all. Killing Patient Zero illuminates the story of an unsung hero of the AIDS crisis, and calls into question the motives of Shilts in identifying Dugas to the public. It’s a fascinating story of the chaos of the early days of AIDS, a community in disarray, and a man who became an unfortunate victim twice over.

Netflix launches this new fantasy series this week, and we’re happy to report that in addition to its lush and unusual production designs, it also contains a dose of gayness. The story follows Alina Starkov, an orphan girl living in a brutal empire (based on Czarist Russia). When she discovers she possesses the power of a sorcerer, she sets off on the Hero’s Journey to liberate her people and topple the despotic empire. Lovers of fantasy—particularly those with a soft spot for medieval tales of magic—should enjoy the rich production and atmosphere, though we look forward to seeing the gay sharpshooter Jesper (Kit Young) get some romance in future seasons.

Director Todd Stephens’ cult comedy celebrates 15 years this week with a new edit of the film which reinserts some scenes deemed too racy for contemporary audiences. To recap the plot: a group of gay high school graduates make a bet to lose their virginity before Labor Day (a la teen comedies like American Pie). A wild plot rife with sex jokes, references to queer culture, body parts, teen movies, cult movies, pop culture…and just about everything else. This new cut of the film also features new scenes featuring frequent John Waters collaborator Mink Stole. Campy and over the top as it gets, anyone looking for a bit of levity should check it out.

The Exclusive: Lord F “Once Upon a Song”

Brazilian-born artist Lord F drops his latest track this week, and we here at Queerty got the video a day early. “Once Upon a Song” finds Lord F channeling his inner Lady Gaga into a track that both tells a story and offers a message of hope to a queer audience. It also finds Lord F decked out in black vinyl, nail polish and glitter, writhing around surrounded by neon-colored pastels. It’s easy to see why: the track itself—a blend of high-energy pop and industrial bass—lends itself well to the dance floor…or to just rocking out in the shower. Don’t act like you’ve never done it. 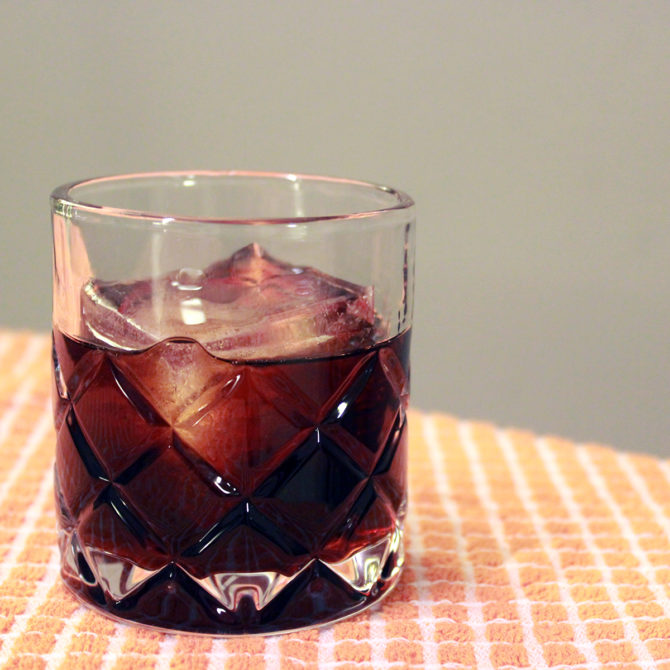 In honor of the Russian-themed designs of Shadow & Bone, we suggest an old favorite as this week’s libation: the black Russian. A potent blend of vodka and coffee flavor, it will have you ready to tame a bear…or just sing along with Arlo the Alligator Boy.