The Anniversary: But I’m A Cheerleader: Director’s Cut

The seminal queer classic gets a special 20th Anniversary makeover, with director Jamie Babbit supervising a new, 4K restoration of the film. Even better, the director has reinserted several deleted scenes once deemed too racy for audiences. But I’m a Cheerleader follows Megan (Natasha Lyonne), a bright and popular cheerleader with a roving eye for the other female members of her squad. Convinced she’s a lesbian, her sadistic parents send her off to a conversion therapy camp, run by the “cured” gay man Mike (RuPaul) and the sadistic Mary (Cathy Moriarty). What begins as “therapy” to change her sexual orientation actually helps Megan come to embrace her lesbianism.

But I’m a Cheerleader satirizes popular views of LGBTQ people in the 1990s propagated by homophobia and tabloid talk shows, offering a counter-narrative fantasy of queer affirmation. Lyonne gives one of her best performances in the lead, and RuPaul proves himself a capable actor in a key supporting role. With a cast that also includes Clea DuVall, Michelle Williams, Melanie Lynsky and Julie Delpy, the film should be required viewing for anyone who survived the era, and anyone too young to recall it.

The Giggle: Half Brothers

This slapstick comedy about two long-lost brothers seeking to uncover a family fortune aims for There’s Something About Mary farcical laughs. It doesn’t quite reach that level, but it does offer up some genuine hilarity. Luis Gerardo Menendez stars as Renato, a self-made Mexican businessman abandoned by his father in childhood. When he learns he has an American half-brother (Connor Del Rio), the pair must team up to retrace their father’s journey from Mexico to the US to discover his ultimate fate. Menendez and Del Rio may get top billing, but the film belongs to openly gay actor Juan Pablo Espinosa, who plays the estranged father of the pair. Tasked with playing his character over more than three decades, Espinosa delivers a nuanced, moving performance that gives the film its emotional center. Ridiculous and goofy, Half Brothers pulled our heartstrings more than we expected, and proves Espinosa capable of playing leading man roles. He’s an actor on the rise. 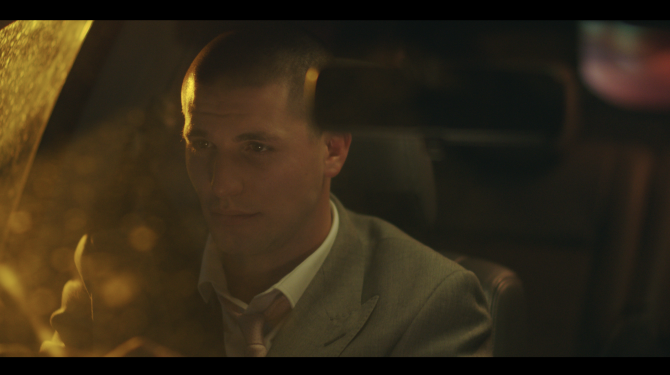 The premise of this short film will, no doubt, raise a few eyebrows: a handsome, happy pair of British husbands win big at the racetrack. With their newfound fortune in tow, the two begin to quarrel on their ride home, as the temptation of greed takes a rapid toll on their relationship. Jackplot uses its premise to raise questions about the role and effect money has on a coupling, and the extent to which it exacerbates existing fractures. Macabre and elusive, viewers may find it frightening, cathartic, or some combination thereof.

The Fab: Deep in Vogue

The ballroom scene has taken on a new level of pop culture cred thanks to the success of Pose, and the newfound visibility of transgender performers. The new documentary Deep In Vogue travels to the UK, exploring the world of British ballroom, and the glorious queer subculture that fuels it. Directors Amy Watson and Dennis Keighron-Foster film the dance sequences like big-budget production numbers, using dramatic lighting to add an extra level of mystique to the proceedings. The pair also explore the changing LGBTQ scene in the country, and how more widespread acceptance—and commercialization—have affected a once-grassroots subculture. Something of the British answer to Paris as Burning—though nowhere near as groundbreaking—Deep in Vogue celebrates the queerest of the queer with gusto. That makes it worth a look in our book.

Available on Video On Demand December 8.

Anyone even remotely conscious in the 1990s should remember the media circus around Heaven’s Gate, a so-called “UFO Cult” that committed mass suicide in 1997. This new documentary series from director Clay Tweel aims to uncover the path that led 39 people to adopt genderqueer grooming habits, in some cases, castrate themselves, and ultimately, to die together. Tweel focuses his sights on Marshall Applewhite, the leader of the group, a gay man so haunted by his own homophobic, religious upbringing, he started his own religious movement just to escape it—with deadly consequences. If that sounds disturbing, creepy or downright crazy, never fear: that just means you still have common sense about you. Featuring interviews with friends, family and even former members of the cult, Heaven’s Gate: Cult of Cults finally illuminates one of the most bizarre stories of the 1990s, and also issues a subtle cry for acceptance of LGBTQ people in religious circles.

Drag Race alum Laganja Estranja drops the video for her latest song this week, a sort of drag answer to Cardi B’s “WAP” video (assuming that is not a redundant statement—we’re not sure). The video features Ms. Estranja writhing and grinding against an assortment of models with dad bod, as well as no shortage of references to sex, cannabis use, genderqueerness as well as shots of bare butts, jockstraps and men licking honey off each other. We’re not exactly sure of the artistic statement Laganja wants to make with the video, though we must admit—she has our attention. We’re willing to bet she’ll hold yours too.

The Homage: The Angelito Collective’s “Toxic”

Speaking of videos to hold your attention, the New York City-based queer art initiative just dropped its latest endeavor, an all-queer dance video in the style of Michael Jackson’s “Thriller.” Trans activist Gia Love stars alongside the House of Xtravaganza showing off their moves in an interpretive dance focusing on the struggles of queer people of color. Polished, passionate and very sexual, “Toxic” may lack the underlying narrative that made “Thriller” so indelible, but it more than makes up for it with its own sense of style.

The Sip: The UFO 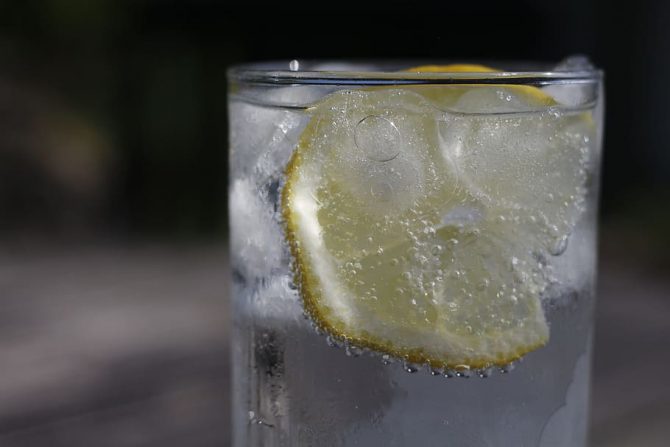 Mix ingredients over ice. Serve with a lemon garnish.