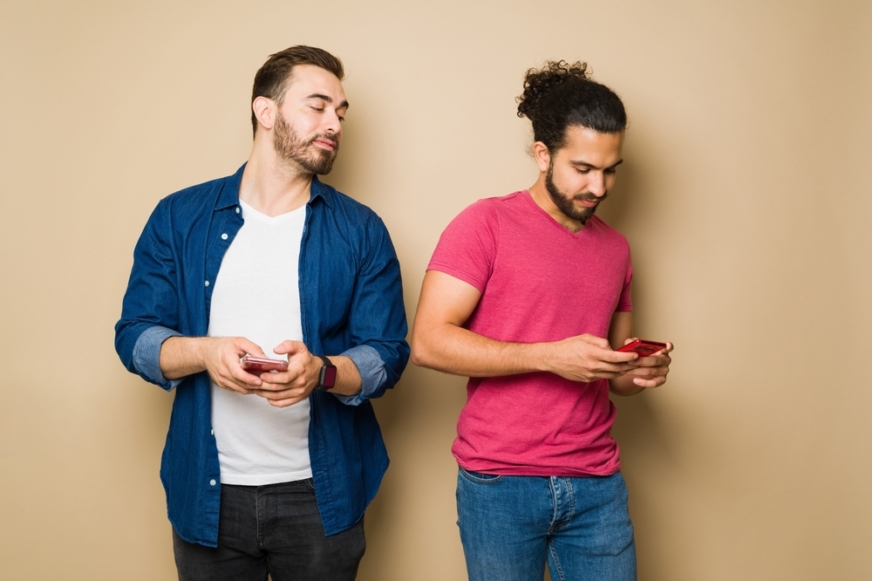 Another day, another reason to think the straights are not OK.

A Reddit user with the handle u/Daniel_Newman—who’s perhaps the out TV actor and perhaps not—said that he had a difference of opinion with a female friend about their partners being best friends with someone to whom their partners could conceivably be attracted.

“Would you be okay with your partner having a gay best friend?” u/Daniel_Newman wrote in the r/AskGayMen subreddit this month.

“I ask this because my (girl) friend says she always thought that her husband having a female best friend was very weird. I said, ‘How so?’ And she said, ‘Do you want your husband to have a gay male best friend? Won’t you get jealous and anxious that he’ll cheat?’ And I said, ‘I really don’t care. He can have a gay best friend, and no, I won’t feel jealous or anxious. As long [as] we have trust and loyalty in the relationship, I don’t really care who he is friends with.’ She was baffled at my answer.”

In fairness to that friend, gay men don’t have the same lived experience as straight women, and gender dynamics undoubtedly play a role here. But commenters flooded the post with assertions that platonic friendships between sexually compatible people are possible.

“Just because that friend is gay doesn’t mean he’s gonna be into your partner and vice versa,” one person wrote. “I’m bi, and my best friend is a bi woman, and we just aren’t meant to be, romantically.”

Wrote another commenter, “I’d think it’d be pretty impossible for my boyfriend to not have any gay friends, and why would I want to stand in front of his happiness anyway?”

Related: Guys explain why their gay best friend is not their boyfriend

One Reddit user said that his husband is good friends with his ex—and that he and his husband even lived with that ex and that ex’s boyfriend while house-hunting. “My [three] straight brothers were incredulous and thought I was nuts to do that,” he added.

Other commenters suggested that people with this kind of jealousy have some trust issues in need of scrutinizing. “Forbidding someone from having friends because they’re afraid their [significant other] is gonna cheat reeks of insecurities,” one person wrote.

Another said, “If you’re getting jealous and anxious because your partner’s friend is the same gender as you, you have insecurity issues that need to be worked on. That’s not healthy. If you don’t trust your partner, why be in a relationship with them?”

Related: Gay man’s touching ode to his “best straight boy-friend” is going viral for all the right reasons

Multiple commenters, meanwhile, wondered how bi and pansexual people could be expected to maintain friendships and relationships with this kind of jealousy in play.

“If I had a partner, I wouldn’t care about the gender or orientation of his friends,” one wrote. “This sort of reasoning would sort of have to imply bisexual people essentially can’t have friends.”

“There [is] a sad amount of people who don’t date bi people because they’re ‘twice as likely to cheat,’” said another.

And a third user cited the myth that “being bi instead of straight means your potential dating pool increases from 50% of the population to 100%.” (“Why yes, I’m sure the ~90% of men who are straight somehow become eligible partners for a bi guy,” that user added.)

u/Daniel_Newman commented on his post, too, saying that a partner with gay friends would be a blessing. “I would mind if the other guy is flirting or trying to get with my husband, but I honestly wish he had more gay friends because his friends are all annoying straight bro types,” he wrote. “I can’t stand being around them talking about sports and sh*t.”