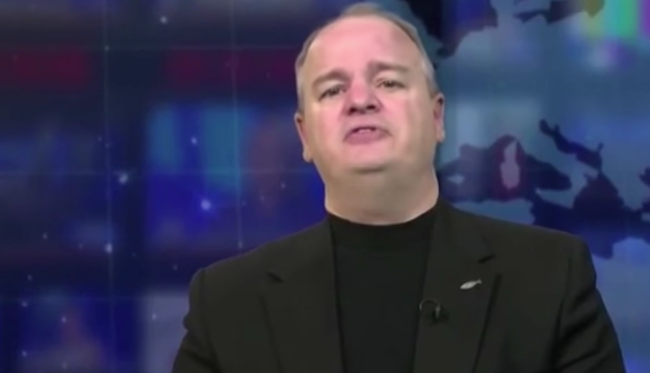 Unswervingly creepy former Colorado state congressman Gordon Klingenschmitt is on another one of his tangents: Now he’s quite certain demons helped executive-produce the upcoming live-action Beauty and the Beast film.

Their endgame: Turn the innocent children into homosexuals.

Related: Gordon Klingenschmitt Is Turned On By The Idea Of Gay Scout Leaders Being Drowned In The Sea

Disney has faced a certain amount of heat from religious zealots since it became known that there’d be a gay character in the film.

Klingenschmitt is upset Le Fou is seen flagrantly dancing with another man in the film, and he made these feelings known during a recent broadcast of his talk show, Pray In Jesus’ Name.

“Demonic spirits,” he says, are using BATB to “recruit children into sin.”

As Right Wing Watch reports, the evangelical talking head recommended “a boycott of the movie”:

“I recommend that Christian parents avoid having their children recruited into the homosexual agenda.

Behind the human actors, the Disney Corporation and the owners thereof are intentionally promoting sin to children. When we discern through the moral lens of human interaction with the demonic spirits, pride is a demonic spirit. Sexual immortality is demonic, but what about pride?

Homosexuals proudly marching in the streets… pride is the sin of arrogance, thinking that you’re smarter than God, your creator. If God made you male and female, but you want to be confused and celebrate the sin of being sexually immoral, there is a demonic spirit behind that.

This all culminated in a fiery prayer to “stop the recruiting of our children into the sinful lifestyle of homosexuality.”

“Father,” he begged, “protect America from using cartoons to recruit children into sin.”

His prayers have been answered, as Beauty and the Beast is live-action.