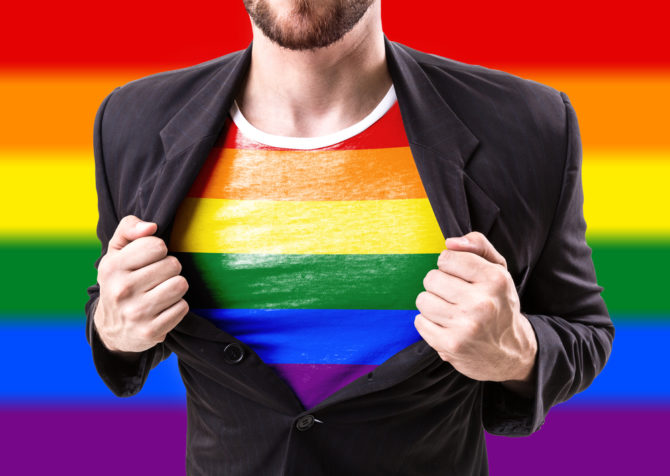 Given the growing acceptance of LGBTQ people, some might question the continued relevance of National Coming Out Day. But a new survey conducted by Queerty’s sister site, LGBTQ Nation in conjunction with the polling firm SurveyMonkey, show’s strong support for the celebration of the annual equality awareness raising day.

And it’s easy to see why: Only 40% of respondents said they feel comfortable holding hands with their significant other in public, and 45% said they feel as though they are treated differently because of their sexuality or gender identity since Trump took office.

Even worse, 78% reported that their employer was not doing enough to support their LGBTQ employees.

Clearly, the road to freedom is long.

Of the nearly 600 people who participated in the survey, 86% said they were familiar with National Coming Out Day, and 80% said they find “coming out” publicly as LGBTQ necessary.

Despite how far we have to go toward full social and legal equality, in general respondents reported feeling optimistic about the future, despite the political setbacks under President Trump. 87% say that in 10 years, LGBTQ people will be more fully accepted, and almost nobody thinks “outing” someone is acceptable (4%).

This survey of nearly 600 respondents of the LGBTQ community was sourced by a partnership between LGBTQ Nation’s online platforms and the SurveyMonkey Audience panel.