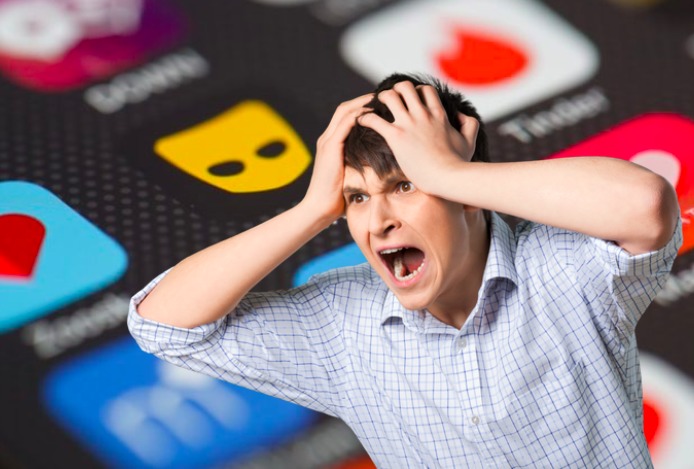 This is the era of social media activism. The #metoo movement was basically founded on Twitter.

But what if activism could really be extended to hookup apps?

Most people go on Grindr to chat, hookup or meet someone to date. They are pretty single-minded in that focus, understandably. No one wants to be interrupted when they are looking for Mr. Right or, especially, Mr. Right Now.

Over the past few months, I’ve attempted to use my Grindr account as a weapon of mass education while at the same time using it to look for buddies of various sorts.

The excuse used by most gay men is “that’s Grindr,” merely the restatement of a fact that is supposed to let everyone off the hook. But that doesn’t work because we should expect better. Grindr is not a platform for racism and elitism. It’s a public forum where real people go to find sex, love, and community. They don’t deserve to be put down for who they are, and it should not be tolerated. Despite laudable recent PR campaigns like “Kindr,” encouraging members to treat each other with respect,  Grindr itself does a very poor job of community management, meaning it’s up to members to step up.

There’s actually a community of Whimsical Warriors who are doing their part on Grindr (and Instagram, Twitter, Tindr and Facebook, and Scruff) to eliminate unkind verbiage. The days of “no fats, no fems, no Asians” needs to be put behind us, once and for all. Let’s face it, there’s also self-interest at play: If you message me racism or transphobia or masc privilege, you ain’t gettin’ the D.

It comes down to this: If you’re a femme bashing transphobic piece of racist piece of shit, please block yourself hunney. Thank you, next!

Here’s some screen evidence of my recent activism: 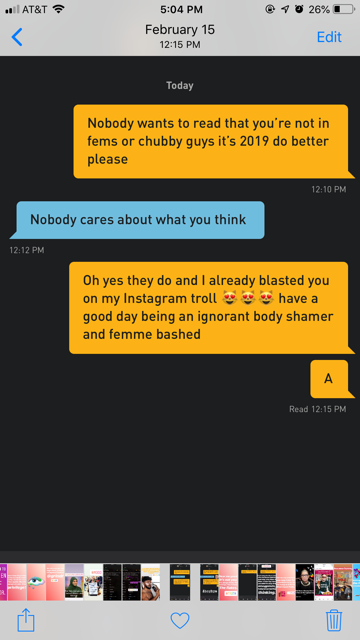 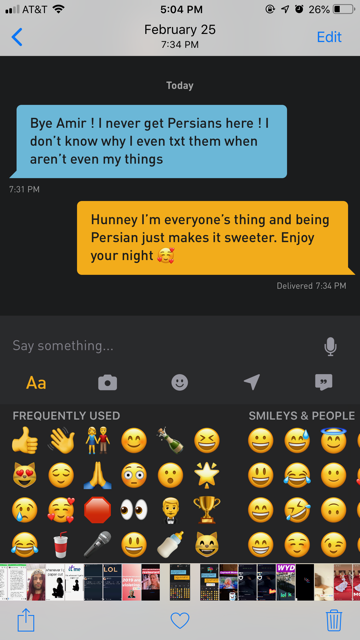 Based on my extensive Grindr interventions, here are 5 ways that you too can become a Grindr Warrior:

The first step to dealing with Grindr racists, transphobes, and body-shamers is, well, shaming. I will call you out and put it on my Instagram because it’s 2019 and if you’re a racist you should be exposed on a public forum. FYI, this step will get a lot of pushback so be ready for expletives and aggressive backlash. I believe it’s best to block a user once you confront them about their racist or transphobic profile because the bigotry just goes up a notch.

Becoming a Grindr Warrior doesn’t just mean calling people out all the time and getting all serious in a huge group of horny men. Spend some time enjoying chatting with all the great guys on there. And BTW, when you are doing that, it’s all about respecting people’s time. If you’re not into someone politely decline rather than pretending to be interested or to be nice. People become rightfully indignant not for being rejected by being led on, their time wasted. It’s best to be real and upfront when it comes to your interest with someone or whether you are in Justice Warrior mode.

Go out of your way to include people by monitoring your own potentially toxic language. Welcome newly out gay men into the fold. Befriend lonely guy who has just moved to town or just suffered through a breakup. There’s no need for “mean boys” and hierarchies.

By modeling a positive way of connecting, we can begin to repair the damage that has been done to our queer community at our own hands and at our fingertips through hookup apps. And it’s like we all forgot what Mama Ru says, “If you can’t love yourself, how in the hell are you gonna love somebody else?”

If you can’t reach a toxic user and feel like it’s a lost cause, don’t hesitate to report the profile. Write to Grindr feedback and provide the name of an offending profile. Demand the Grindr management team take action. Nothing will change unless we demand it, allowing our inner Kelsi to come out and take charge.

Where are my dragons?