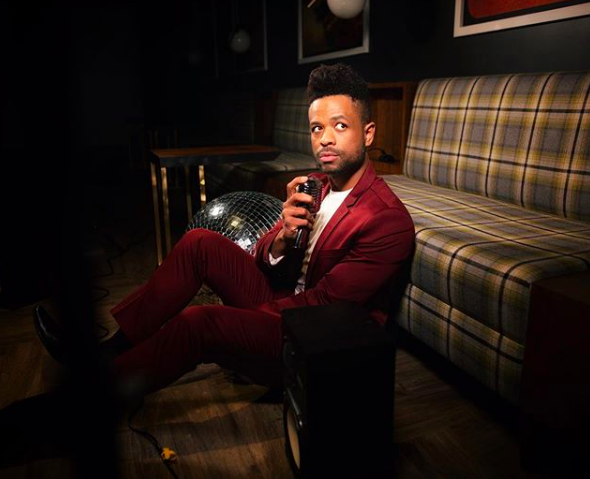 At the beginning of the decade, I was 23 years old.

Fresh out of grad school, I relocated to D.C. to start my professional career and finally live a life that didn’t revolve around classes, all-nighters, and eating ramen noodles. I was in a big, diverse city, with my own place, a little cash in my pocket, and a Blackberry in my palm. I was a grown man. And I was ready to find a grown man to build a life with.

I never cared much about being single, but there’s something about completing new hire paperwork and having to list your estranged parents as your emergency contact and beneficiaries that makes you feel single as hell.

As I settled into my new life, I figured it was time to start dating. A friend told me about Match.com. I’d never met a guy online outside of the occasional A4A situation, but I was open. And so my story begins…

The first guy who messaged me was in D.C. by way of Athens, Greece and worked for the World Bank. We met for drinks in DuPont Circle. I had never been on a real date before. In college and grad school, I mostly dated guys in my classes and we just started hanging out. So, this was a milestone.

After some beers and friendly conversation, we went back to World Bank Guy’s apartment. While making small talk as I got dressed, he made a statement that would kick start my decade of encountering men who would waste my time.

“I’m not usually into Black men, but that was hot. Do you have any other Blacks to play with?”

Unswayed, I take his number and call his cell. My name pops up. I never hear from him again.

Like most gays, I wasted a lot of time lusting after straight boys. After learning my lesson after multiple heartbreaks, I vowed to date only out, gay dudes. I met The Family Guy at the gym. We shared our coming out stories over smoothies at a cafe nearby. After a few dates and hookups, he told me he’s married…to a woman…for 15 years… and has three children—but she supports him having a side piece.

So I’m posted up at the club with a buddy and a cute guy keeps staring at me. Every thirty seconds, he turns around and flashes a nervous smile. After I wink at him, he comes over. “It’s my first time approaching a guy,” he said. “I’m really nervous and don’t know what to say.” I suggest he introduce himself and ask my name. He does. He’s recently moved to NYC from the Philippines and recently out of the closet.

“I’m not sure what to say next,” he said. I suggest he ask for my number. He does. Two days later, we agree to meet for coffee. “I’m sorry,” he said. “I was really drunk that night. I’m actually not interested. Sorry.”

We cruised each other at the gym for weeks before I approached him and asked him out. We meet for a few dinners and sexual encounters before he asks me if I was “into anything kinky” while we’re hanging at his place. I had just turned 32 and had been in NYC long enough and been on this dating merry-go-round even longer. “Why don’t you just tell me what’s on your mind?” He pulls out his laptop and pulls up PornHub. I’m thinking, “No problem. We can watch some adult content while we get it on.” He pulls up a video of himself in a gang bang on a website I used to frequent as a teen. “Can we watch me?”

He watched me leave, but I went home and found the same video on my external hard drive and realized why he looked so familiar.

Is it me or are theater seats made for members of the Lollipop Guild? While sitting next to a fellow patron, I did my best to not man spread, but you know…balls. Our legs touched a few times. I eventually do like The Cranberry’s and let it linger. He didn’t mind. Fast forward to our knees touching, our hands caressing, and making out at the urinal during intermission. “Put your number in my phone,” he said.

As we return to our seats, he adds, “Be careful. That’s my husband on my other side.”

The film adaptation of my favorite book, The Perks of Being a Wallflower, came out in 2012. One of my favorite lines from the book is, “We accept the love we think we deserve.” Is it me or do so many gay men turn away love because they think themselves unworthy? I met The Wallflower on, you guessed it, Grindr. After getting dirty, we get dinner and things are off to a great start. Two weeks later, The Wallflower ends it. ” You’ve been more than great and everything I’ve wanted in a partner,” he said. “But I’m not ready for your love.”

A few weeks later, I stumble upon his profile: “Seeking a LTR.”

I used to love how Gabrielle Solis’ (Eva Longoria) husband Carlos on Desperate Housewives was a bit jealous and slightly controlling. So caring and masc, right? I met a guy we’ll call Carlos at a bar in Chelsea. After a few drinks and kisses on the dance floor, he hailed me a cab, opened the door, and texted me to see if I made it home safely. A month later, Carlos’ true colors came shining through, but not beautiful like a rainbow. He demanded to know where I was, who I was with, if I had slept with any of them, and why he wasn’t invited. When I called it off, he asked me to mail him the clothes he let me borrow when I stayed at his place before a job interview. I had itching powder sewn into the pants and hooked up with his best friend. Gabby would have done that.

John, we’ll call him, was a high school history teacher in his 30s. We met at Trader Joe’s. A week into our courting, John texted me at 11pm on a Wednesday night to see what I was up to. “Do you like to party?” he asked. “Sure. But it’s a school night!” I cheekily replied. “YOLO,” he said. So, I went over. I was confused when I arrived and didn’t find a party, so we just started to hook up.  He tells me to lie on my back and he poured what looked like powdered sugar on my chest. “What’s that?” I asked. “You said you like to party.”

I showered and shuffled out of there faster than you could say “Stop and Frisk.”

He smiled at me while we picked up our prescriptions at Duane Reade on a Saturday morning. I made a move,  got his number,  and we started texting right away. I invited him over to my apartment. We mostly talked, drank orange juice, and dry humped. He eventually told me he’s HIV positive. I told him that was fine with me. “It’s hard to meet guys who are educated about this,” he said with tears building in his eyes. We eventually say goodbye and he invites me to his bar that evening. I go with a friend. He gives us drinks. I kiss him goodnight. For the rest of the week, he doesn’t respond to my texts. “Maybe he lost his phone, it broke, he got run over by a reindeer,” my mind races. My friend convinces me to go back to his bar. He greets me at the counter like I’m any other customer and he serves me a drink. I sip it slowly, as rage runs through my veins for 15 minutes before I decide I’ve tortured myself enough.

“I’m sorry. I’m confused,” I tell him. “Did I do something wrong?” He replies, “I’m seeing someone. Sorry about that. Can I get you another drink?”

As I reflect on my disastrous decade of dating, I wonder” What’s the lesson in all of this. What was the universe trying to teach me? What have I learned? In a sense, I think the act of reflection is the lesson. I needed to learn to reflect—on my values, on my self-worth, on my self-esteem, on my race, on my masculinity, on my desires, on me. While yes, a lot of people play games, but perhaps it was me who was playing myself because I didn’t know myself as well as I thought I did.

As Mary J sings in “No More Drama,” “maybe I liked the stress, because I was young and restless.”