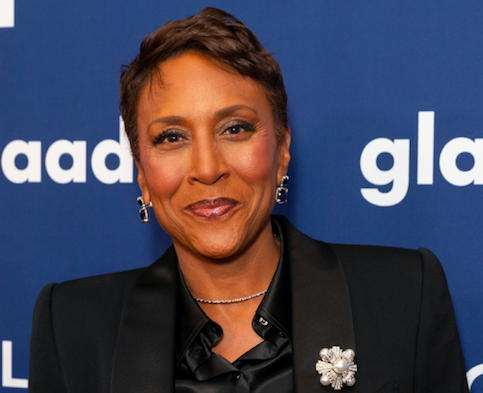 A senior ABC News executive in charge of talent has been placed on administrative leave after reports surfaced that she made racist remarks towards Good Morning America co-host Robin Roberts.

According to HuffPo, ABC exec Barbara Fedida allegedly had a racist meltdown while renegotiating Roberts’ contract in 2018.

Roberts, who has co-hosted GMA since 2005 and came out publicly in 2013, did what anyone renegotiating a contract does and asked for a higher salary.

But Fedida allegedly thought she already made enough.

Specifically, Fedida said it’s not like the network was asking Roberts to “pick cotton” and that she should be grateful for the salary they were offering, according to one source who was in the room and witnessed the remarks.

Two other sources also confirmed the incident to HuffPost.

Related: Robin Roberts Tears Up Talking About How Her Coming Out Helped One Young Gay Man

But Fedida, it appears, has a long history of making inflammatory comments, as evidenced by the more than one dozen human resources complaints against her and the millions of dollars in settlements ABC News has paid out to former staff and talent over allegations of abuse and discrimination.

“To say that [Fedida’s] an abusive figure is an understatement,” a former ABC News employee said.

In response to the story, ABC News issued the follow statement:

There are deeply disturbing allegations in this story that we need to investigate, and we have placed Barbara Fedida on administrative leave while we conduct a thorough and complete investigation. These allegations do not represent the values and culture of ABC News, where we strive to make everyone feel respected in a thriving, diverse and inclusive workplace.

Meanwhile, Roberts hasn’t issued any comment since the story broke over the weekend.

“We here at the desk also want to make something clear, which is that we express our respect and our affection for our friend and our colleague Robin Roberts,” Harris told viewers on Sunday morning.

Related: Robin Roberts Has A Message For People Who Criticized Her For Not Coming Out Earlier

on a journey
16 comments

on a journey
16 comments