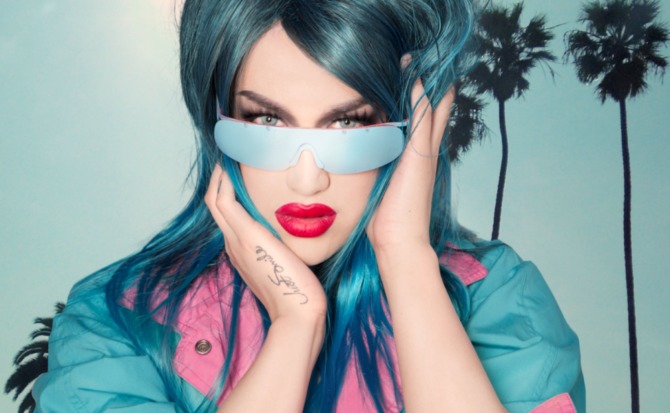 Not to sound too jaded, but the business we call show can be an awfully messy money grab. Artists regularly get taken advantage of, creativity gets the factory farm treatment, and in the end it’s the lawyers who really come out on top. But that’s not too jaded, right? Don’t answer that.

Nobody knows this right now more than Adore Delano (AKA Danny Noriega).

The Drag Race fan favorite is currently fighting it out in court with his former management company, PEG, alleging they conspired with his record label, and others, to essentially steal money from him.

The suit asks for $1 million in lost wages and an additional $2.5 million to cover punitive damages.

Naturally, PEG tells a very different story. In an e-mail to Queerty, they wrote, “We are confident that this alleged suit, as PEG first became aware of it through a news agency and not formal service of process, will be found to be frivolous in nature.”

In a 23-page court document filed in the Supreme Court of New York and available to the public, PEG fires back at all of Noriegae’s complaints.

It’ll be up to the justice system to decide whether or not Noriega’s claims have real merit, but we had to chuckle at one section of PEG’s affidavit:

Paragraph 3 of the Complaint alleges that Noriega has “appeared as a regular on the popular television program entitled ‘Rupaul’s [sic] Drag Race All Stars…” In reality, Noriega quit in the middle of the second episode.

You can find the entire document here.

The judge gave a “Default” judgement due to issues with court dates and extension paperwork, meaning both parties will end up spending even more time and money to settle the matter.

For now, nothing has been awarded to either side.