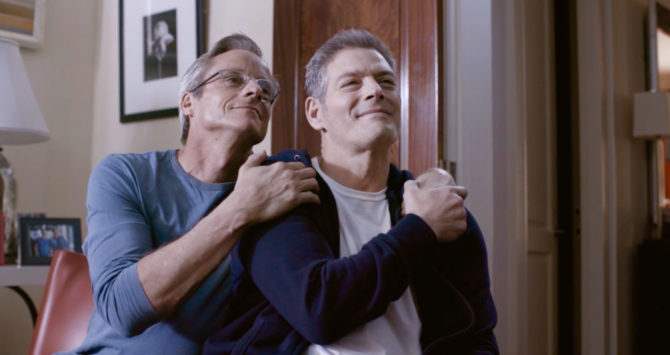 So begins After Forever, a new, independently-produced micro-series that mediates on the nature of commitment and its boundaries. The show, streaming on Amazon now, looks at life after the death of an intimate partner.

The series’ lead Brian (Kevin Spirtas of Days of Our Lives), who seemingly has everything, deals with the sudden loss of his husband Jason (Mitchell Anderson) to cancer. Whereas a lot of new streaming series dwell on young gay men coming out or looking for love, After Forever takes makes the unusual path of examining the life after 50–and after ’til death do us part. 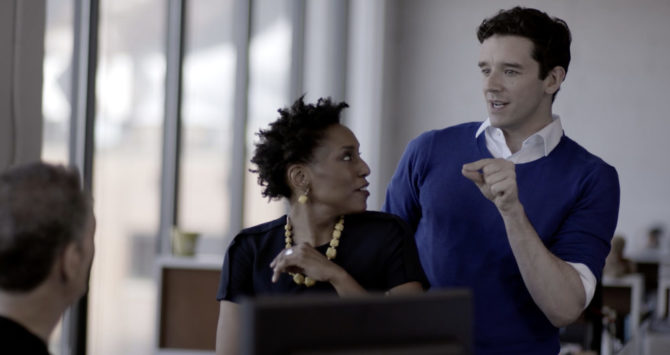 Told in a flashback/flash forward style, After Forever covers the final days of Jason’s illness, and the early days of Brian getting back into the groove of life. With a lucrative job, a great group of friends, and an 8-year-old sort-of nephew, Brian has plenty to keep himself occupied, though the shadow of Jason looms large over his life. Should he start dating again? Should he have sex? Can he do either, even if he tries? The answers don’t come easily.

With a season that lasts eight episodes, each of which has a runtime of about 10 minutes, After Forever comes ready-made for binging. The short runtimes also can help prevent the series from getting too upsetting, given the topic. 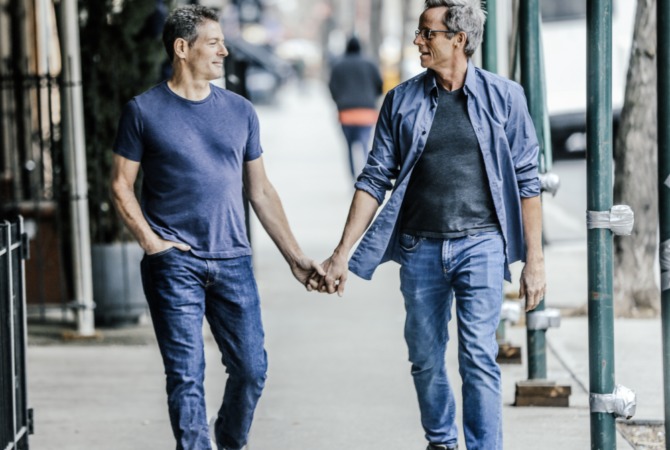 Queer film and TV sometimes draw criticism for focusing too much on the issues of young people. After Forever does something entirely new, examining a latter-day cultural phenomenon that we’ll be dealing with more of now that our population is aging, post AIDS: same-sex couples in long-term relationships.

Life doesn’t end at 50, or at marriage. After Forever knows that, and tells a fresh story–by turns sexy, funny and sad–that’s always enlightening.

After Forever streams on Amazon.