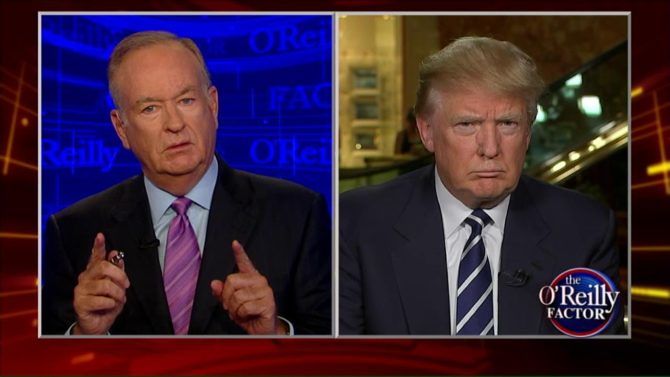 Donald Trump is pretty good at drawing a crowd when the tickets are free, but it turns out few are willing to pay to witness him rant and rave live. The former president is reportedly having big trouble with ticket sales ahead of his upcoming speaking tour with former FOX News pundit Bill O’Reilly.

For a guy who’s obsessed with crowd sizes, that’s got to sting a bit.

Last month, Trump and O’Reilly announced their so-called “History Tour” set for December 2021. It “will not be boring,” teased O’Reilly, setting the bar so low to the floor you could trip over it. It’ll be “fun, fun, fun for everyone who attends,” said Trump, as if reading off the invitation to a 6-year-old’s birthday party. (There’s going to be two kinds of cake!)

Admittance won’t come cheap. Tickets, which went on sale in June, will set you back between $100-300. Or you could opt for the “VIP Meet & Greet Package” and bid farewell to $8,500+. Because who doesn’t want a commemorative photo of themself wedged in between Trump and O’Reilly to stick to the fridge?

Politico confirmed with arena officials that ticket sales to the events are pacing far behind schedule compared to other acts.

“We have concerts that are doing a lot better than this,” said one anonymous employee of Orlando’s Amway Center. For comparison, a Bad Bunny concert sold out the 20,000-seat venue in under two days.

It’s a similar story in Dallas and Houston, where up to 65% of tickets remain unsold.

Adding salt to the wound, Politico points out that other former presidents haven’t typically had trouble selling seats to speaking events. Bill and Hillary’s Live Nation tours in 2018 and 2019 sold out within a couple of weeks, and Michelle Obama famously embarked on a wildly popular book tour for 2018’s “Becoming.”

“The History Tour has already sold over $5 million of tickets, and the excitement and enthusiasm is unlike anything we’ve seen before,” Trump spokesperson Liz Harrington said in a hyperbole-laced statement that’s fittingly detached from reality. “Come December, the sold out shows will be a memorable night for all.”

Meanwhile, the National Republican Congressional Committee has resorted to hyping the event with giveaways and time-sensitive gimmicks. “Love Trump? Want to see him speak live? Enter now to win 2 tickets to Trump’s tour with Bill O’Reilly. Link to enter expires in 1 hour,” they texted their lists this week.

While Trump representatives and O’Reilly are boasting about all they money they’ve already banked with the event, and are already calling it “one of the most lucrative of all time,” they’ve failed to cite any actual ticketing figures.