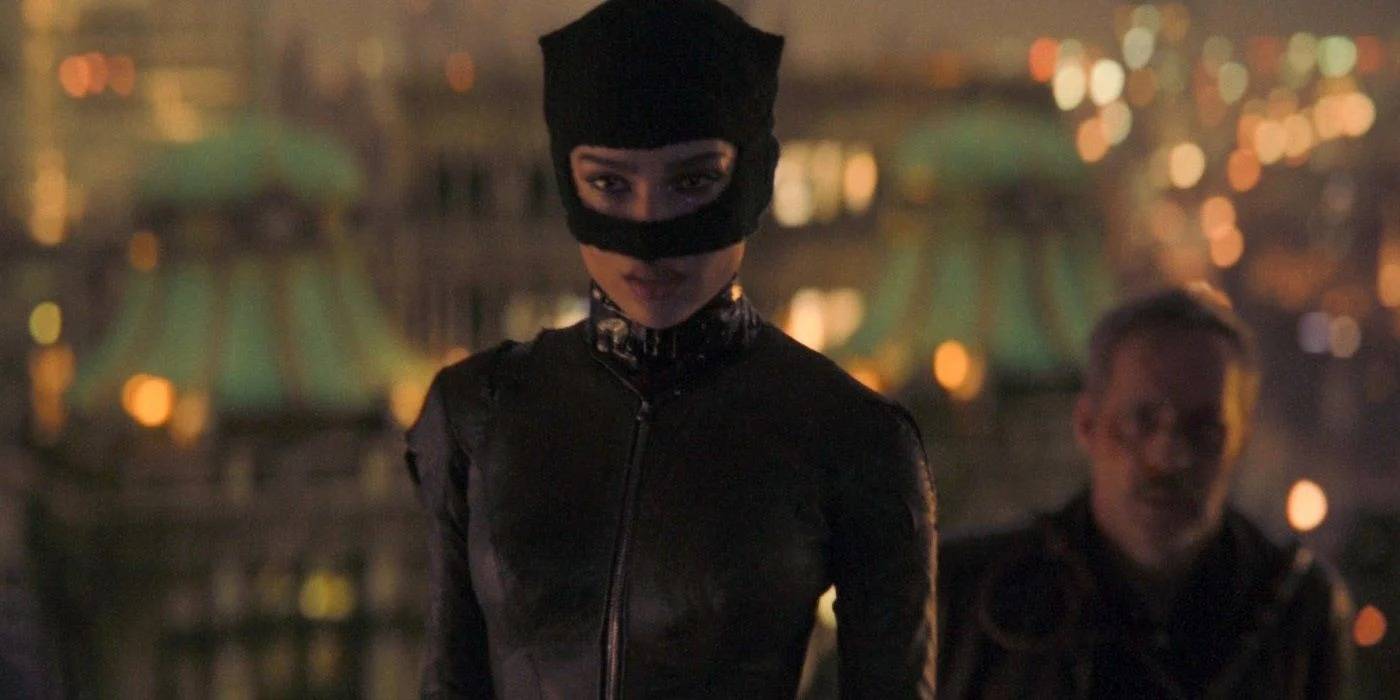 Attention to all moviegoers who take their men in tights and their women feline: you have one more reason to check out The Batman this weekend.

The new movie, which opens Friday, features Robert Pattinson taking on the role of the Caped Crusader, opposite the nefarious serial killer The Riddler (Paul Dano). Now, in an exciting reveal, the film’s leading lady Zoe Kravitz has said her character is bisexual.

Kravitz dons the leather catsuit of Selina Kyle/Catwoman in the film, following in the pawprints of such actresses as Michelle Pfeiffer, Anne Hathaway, and Eartha Kitt. In a new interview with Pedestrian.tv, she further revealed that her relationship with her friend Anika goes far beyond the platonic.

“That’s definitely the way I interpreted that, that they had some kind of romantic relationship,” Kravitz said.

Related: Time to raise a glass to the purrrrfect gay icon

“[The Batman is] very true to the character of Selina Kyle,” he explained. “She’s not yet Catwoman, but all the elements of how she’s going to become Catwoman are there. And in terms of her relationship with Anika, I spoke to Zoe very early on and one of the things she said which I loved was that, ‘She’s drawn to strays because she was a stray and so she really wants to care for these strays because she doesn’t want to be that way anymore and Anika is like a stray and she loves her. She actually represents this connection that she has to her mother who she lost, who was a stray anymore.’”

Reeves and Kravitz’s interpretation of the character also fits with previous depictions of Selina Kyle/Catwoman in the comics.

In Batman: Year One, writer Frank Miller’s retelling of Batman’s origins, Selina Kyle is introduced as a prostitute in an implied lesbian relationship with her friend, Holly Robinson. The Batman uses elements of both Year One and its sequel, Batman: Year Two, as the basis for its plot.

Now then, when can we get some gay Batman action?