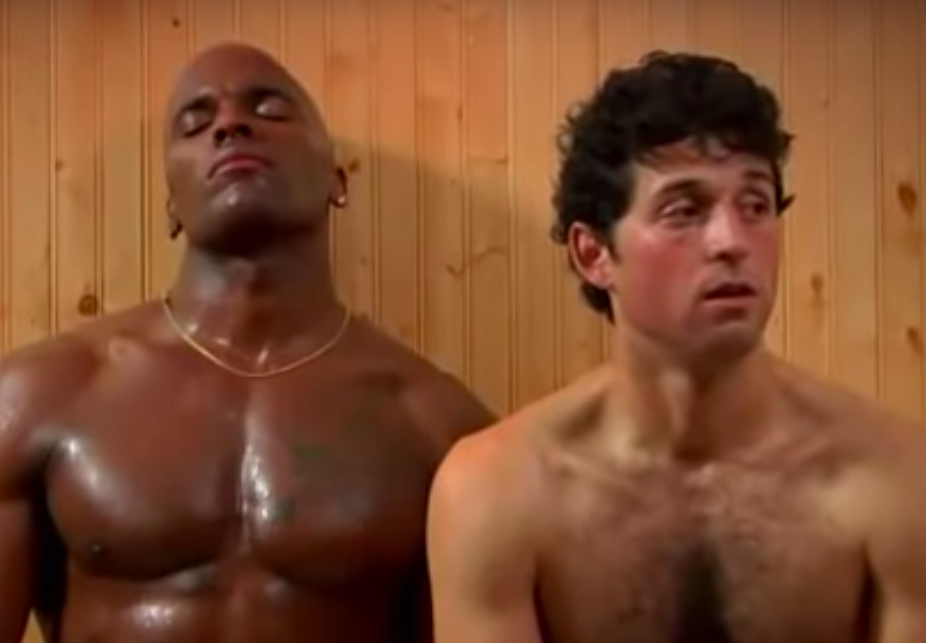 As we enter the roaring ’20s, Queerty is looking back on the last 10 years of culture in our “Decade of Decadence” series. We’ve seen an explosion in queer representation in film and TV, music, politics, and on social media. We’ve grown more aware of intersectionality, gender identity, and sexual fluidity and we’ve seen major social and political advancements across the globe. It’s been wild, wonderful decade, and we can hardly wait to see what the next one has in store. This post, by Mike Wilke, focuses on queer representation in advertising.

Over the last ten years, major legal decisions in favor of equality have transformed our place in the world of marketing and advertising. The military’s “Don’t Ask, Don’t Tell” policy was shot down in 2011, and four years later the Supreme Court put a ring on the hand of same-sex marriage nationwide. A sea change of inclusive ads hit the airwaves and internet, seeking to capitalize on a newly legitimized cutting edge LGBTQ market while antigay ads and political measures dropped dramatically.

Here’s a look back at some of the winning (and losing) ads from each year beginning in 2009:

Sounding like the computer voice of Hal in 2001, but acting like a dominant top, the Quiznos oven lights up and talks to its sandwich maker. “Scott, I want you to do something.”

“I’m not doing that again. That burned,” Scott says as he looks down at his crotch.

The oven says, “We both know you enjoyed that.” (Scott looks away coyishly.) “Now I want you to introduce my greatest creation, the new Toasty Torpedo. Yes, Scott, you make one. Put it in me, Scott.” Scott loses his composure.

The oven continues, “Say it, Scott. Only $4.” He replies but it doesn’t satisfy the demanding oven. “Say it sexy.” (Scott tries.) “Sexier.” Scott complies and it’s hilarious.

A teenage boy sits in a McDonald’s booth while his father orders lunch for them at the counter. The boy pulls out a class photo from a boy’s school as his phone rings. It’s his boyfriend and he says, “I was just thinking about you too. I’m looking at our class picture. I miss you too. My dad’s coming, I have to hang up.”

Dad arrives and asks about the class photo and brags about what a ladies’ man he used to be in school, adding, “Too bad your class is all boys. You could get all the girls.” The boy smiles vaguely at his cluelessness but says nothing to correct it.

Two shirtless men sit side by side in a sauna; one is black, sweaty and muscular, while the other white and slim. The man on the right glances over and sees that his acquaintance has his eyes closed. He takes the opportunity to sneak a peek and looks up, his mouth open wide in amazement. As the sauna sizzles, he takes another peek, and another, this time with a pleasurable expression. He continues to glance down and finally reaches toward the man’s crotch. The bag rustles and the man wakes, perturbed to find a hand in his Doritos, which is strategically placed between his legs. Next, the leaner man holding the Doritos is actually being fed by the muscular one, who now has his arm around him. Smiling, he says, “You like that” in a slightly suggestive tone. This ad was part of a Super Bowl commercial competition, believe it or not.

A man is massaging his girlfriend at the beach while another man watching them eat baked treats. A squirt of yellow gel lands on the man’s cheek and he looks at the other who playfully winks. The man smiles and walks over to lick the rest of the yellow gel off the other’s face. The woman pouts. Suddenly, the man steals the treats and takes them back to his girlfriend, who is thrilled while the other man is now upset. Seeking revenge, he squirts a brown gel on the man, who squeals like a girl and apparently embarrasses himself in front of his girlfriend.

A young, shirtless and bearded man walks up to his reflection in the mirror. He grabs a razor and starts trimming his face. As the hair starts falling, he speaks to himself: “I’d hit the beach with me. I’d catch some rays with me.” Gaining confidence and admiring himself, he keeps trimming elsewhere on his body: “I’d build sandcastles with me. Wear silly sunhat with me. Is that weird? No, you look great,” the mirror conversation continues. At the end, he sums it all up, “I’d f*ck me.” His face is digitized and the word is comically garbled by a shaver’s buzz sound.

In this beautiful animation accompanied by a heart-wrenching rock ballad, a young man playing baseball in the outfield doesn’t catch a fly ball. He picks it up with his huge, awkward hand.

On the subway, he waves at a baby whose mother frowns on his monstrous hand. He tries to cover it with a coat as others whisper about him. He enters an elevator, and someone else with a huge hand holds it open for him.

In a park, they begin to hold hands using the similarly large, single hand that each of them has. The lyrics sing, “So take my hand, let them stare. I’m with you, I don’t care. You don’t have to run, you don’t have to hide, ’cause I’ve got you…safe in my hands.”

Walking together, now confidently, they have each found another like themselves. Text reads, “Being visible should never leave you feeling vulnerable.” Then comes a version of Allstate’s long-standing slogan, “Everyone deserves to be in good hands.”

The video begins by featuring YouTube blogger Jacob Wanderling, who recounts his story of being raised by his uncle and always wishing he could be more “masculine” and have a muscular body.

Jacob tells how he went to Mexico for surgery on his chest, and then started building the body he always wanted at City Gym in Kansas City, Missouri.

The owner, Hailee Walsh, says she uses Google Business to ensure people know that her gym is open to all and runs a dedicated class for transgender men to work out together.

In an underground garage, a workman builder Colin steps out of his truck, wearing a white hardhat and neon yellow traffic vest. He turns as he hears someone walking his way. At first, the camera is in closeup on shapely legs in high heels, with armfuls of shopping bags. Then we see the upper half of the person approaching is a businessman, Dave.

Colin pulls a large pole off of his truck and Dave, sensing a challenge, drops the shopping bags with a clear “bring it on” challenge. Without waiting, Dave breaks into some moves. Colin has now inserted the pole into the ground and has begun to use it for his own moves.

Colin is overweight but can keep up and pull out his own impressive routine. Dave has an absurdly overly-packed rear end that he uses to humorous effect. Funny moments occur throughout, including the use of a fire extinguisher. It all ends with a stage slap from Dave.

Reimagining the fairytale story of the three bears, this ad has three gay bears — Matt, Joel and Phil — living together in a cabin in the woods, but no Goldilocks. The bears still eat porridge in three sizes of bowls (dousing it with honey) and having a good time camping it up taking selfies and riding a three-person bicycle.

A young woman attendant wheels a cart in a nursing home and says, “Mr. Hadley, would you like a Coca-Cola Zero Sugar?” The room is quiet, and everything is beige. The old man replies, “Never had one.”

He takes a sip, and then suddenly asks, “What else haven’t I tried?”

To the rock tune “I Want to Break Free” by Queen, a series of fantastic events unfold. First, he calls an old crush to announce “I’ve always loved you.” Next, he gets a sleeve tattoo on his arm.

Then he’s shirtless, in a Roman gladiator costume in a gay pride parade. Cluelessly, he asks another, “Where are all the ladies?” The man just dances as Mr. Hadley smiles.

Gliding like a dual-blade razor through sensitive areas, Gillette introduces its second social media ad to take on social topics, this time with a father sweetly guiding his trans son during a first shave.

Sitting on the couch with his dad beside him, real trans activist Samson Brown of Toronto, Ontario, says, “I always knew I was different, I didn’t know there was a term for the type of person that I was. I went into my transition just wanting to be happy. I’m glad that I’m at the point where I’m able to shave.”

Then the video gets to the moment of truth and Samson puts the blade to face during his rite of passage. He ends with, “I’m at the point in my manhood where I’m actually happy. It’s not just myself transitioning, it’s everybody around me transitioning,”

He shares a hug with dad and the ad concludes with Gillette’s classic tagline, “The best a man can get.”

Michael Wilke has covered advertising since 1992. He is the founder of AdRespect/AdRespect.org">Commercial Closet, as well as senior consultant for LGBT marketing and diversity firm Out Now.