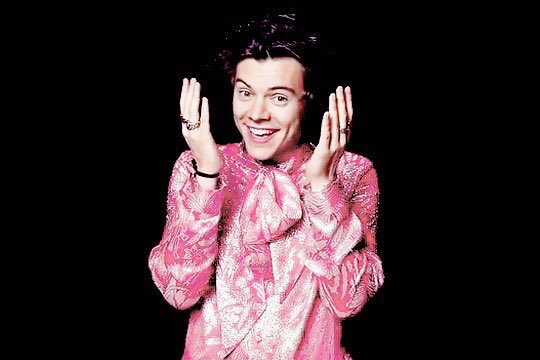 Like his contemporaries Nick Jonas and Zac Efron, former British boy bander Harry Styles is a seasoned gay baiter. And his latest interview with UK tabloid The Sun is no exception.

The 23-year-old singer remained deliberately vague when asked about his sexual orientation.

“It’s weird for me,” Styles, who is currently dating chef Tess Ward, said. “Everyone should just be who they want to be. It’s tough to justify somebody having to answer to someone else about stuff like that.”

When asked if he attached any particular label to his own sexual orientation a label, Styles replied, “No, I’ve never felt the need to really. No. I don’t feel like it’s something I’ve ever felt like I have to explain about myself.”

He added, however, that he’s glad artists like Miley Cyrus, who came out as pansexual a while back, are being more vocal about the spectrum of sexuality.

“Being in a creative field, it’s important to be ­progressive,” he said. “People doing stuff like that is great.”

In 2013, Styles made headlines when he was asked whether he was bisexual and if he was dating TV and radio host Nick Grimshaw. He thought for a moment, then replied: “Bisexual? Me? I don’t think so. I’m pretty sure I’m not.”