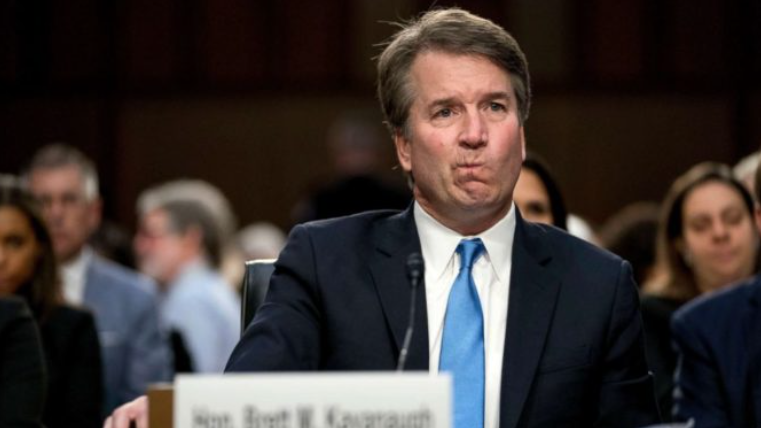 Conservative justices, Kavanaugh among them, appear willing to uphold the Mississippi law before the court that would ban abortions in the state after 15 weeks of pregnancy, and possibly overturn Roe v. Wade.

The liberal justices expressed serious concern that reversing the 1973 Roe ruling would be too political for the court. Kavanaugh countered by using recent LGBTQ rights developments and it was as cringey as it sounds.

“If you think about some of the most important cases, the most consequential cases in this court’s history, there’s a string of them where the cases overruled precedent,” he said. “If we think that the prior precedents are seriously wrong, if that, why then doesn’t the history of this court’s practice with respect to those cases tell us that the right answer is actually a return to the position of neutrality and — and not stick with those precedents in the same way that all those other cases didn’t?”

“The reversals that Justice Kavanaugh is citing were about righting wrongs,” she told NBC News. “They were centered on the rights of individuals and expanding constitutional protections to more individuals, not about taking rights away.”

“To that we say, NOT IN OUR NAME,” she said in a statement Wednesday. “Those landmark LGBTQ decisions EXPANDED individual liberty, not the opposite.”

Some, like Katherine Franke, the director of the Center for Gender and Sexuality Law at Columbia Law School, worry Kavanaugh’s approach is intentionally opening a door for the court to walk back those hard-won equal rights victories.

“You can be sure that the Alliance Defending Freedom has the lawsuit ready to file the day after the Supreme Court issues an opinion broadly overruling Roe,” she said. “They will file the next day challenging Obergefell and even Lawrence. I have every confidence that that is what they’re to do.”

A ruling on the Mississippi law is expected next summer.