There is a rich history of jewelry being used to show off wealth, nobility, or status. In the 20th century, it was used to show off sexual preference. A man would wear a single earring in his right ear to say he was a gay man.

In this article, we will go into why that was a problem, how that affected LGBTQ youth, and what’s been happening since. Join us in unpacking this old gay stereotype and ask the question: do we still need it?

RELATED: What Happens When Straight Guys Send The Wrong Signals To Gay Acquaintances 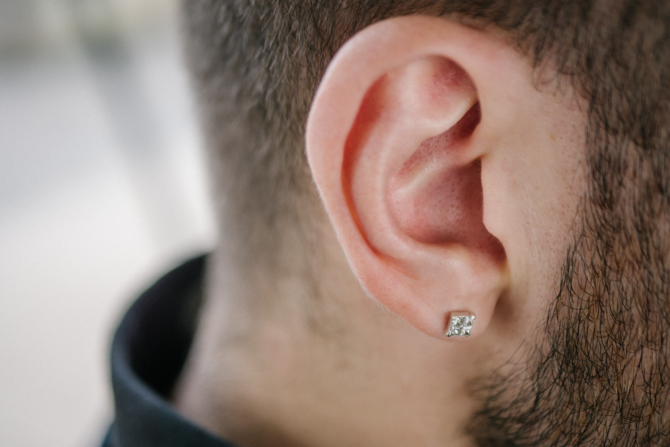 A Short History Of Piercing

Since ancient times, people have been getting body piercings to show status or caste. Adornments like facial piercings and other jewelry were common. Through the centuries, the popularity of ear piercing has come in waves. Egyptian mummies have pierced ears. In the 1500s in Europe, it was common to see a wealthy man dripping with jewelry and it was fashionable for them to wear a single pearl earring hanging from one ear.

Ear piercings fell out of favor in the 1920s in the USA. From the 1920s to the 1950s facial piercings were uncommon, gay ears or not. Even for women, the fashion was to wear clip-on earrings. But then, in the 1970s, more and more people were getting their ears pierced. Rock stars made the look appealing and more people got multiple piercings.

At some point gay men started to use piercings to signal to other men they were homosexual. Which side was the gay earring? Well, if you were a heterosexual guy and you wanted to pierce an ear, it always had to be the left ear because the right ear was the gay ear. And so the “gay piercing” was born – more than any body piercing, the gay ear piercing was the best way to tell if someone was playing for your team.

Being Gay In The Twentieth Century

While there were out gay people around this time, it was a lot less common and acceptable as it is now. There were no protections for homosexuals and they were often physically attacked just for being who they were.

LGBTQ life was still underground in secret bars and clandestine meetings in local parks in the 1970s when piercings started to come back into style. Secrecy led to an increased need for discrete signaling. That’s when the gay ear piercing started to become a popular method of letting those in the know know. 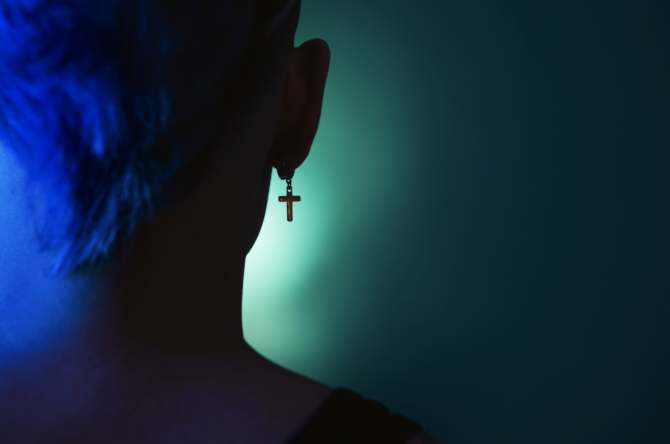 The Effects of The Gay Ear

Around the late 1970s, it became common for men to secretly communicate their sexuality by wearing an earring in their right ear. By the 90s, It had become so widely accepted as a secret code that there was an article about it in the New York Times. After that, there weren’t many questions about which ear is the gay ear. Left ear for straight men, right ear for gay men, the publication had spoken. 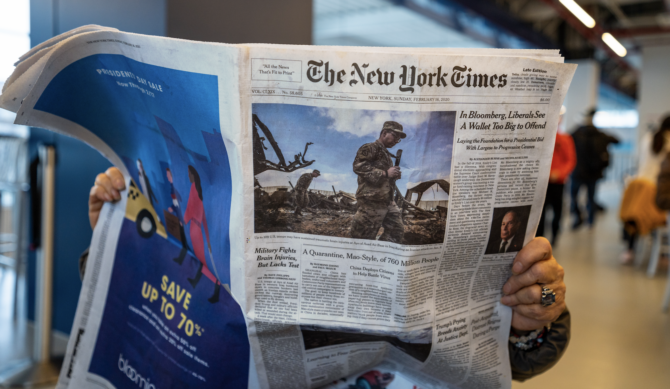 “Left Is Right, Right Is Wrong.”

There was a saying around the playground that was so popular everyone seemed to know it. It meant that anyone getting one piercing (usually a boy because girls got both ears pierced) would have to get a left ear piercing because the right ear meant that you were gay – and being gay was wrong.

It’s unfortunately exactly the worst message we want to send to LGBTQ youth. The phrase is widely known in the US. It’s repeated everywhere from Florida to Oregon, it’s not clear how it started or how the phrase spread but it’s well-known enough to do some damage to LGBTQ youth.

Nowadays, the original phrase is no longer as prevalent but it still might come up from time to time with boys getting a piercing in the right ear. It’s likely many kids suffered at the hands of bullies because of this common saying just because they accidentally got “the gay ear” pierced. 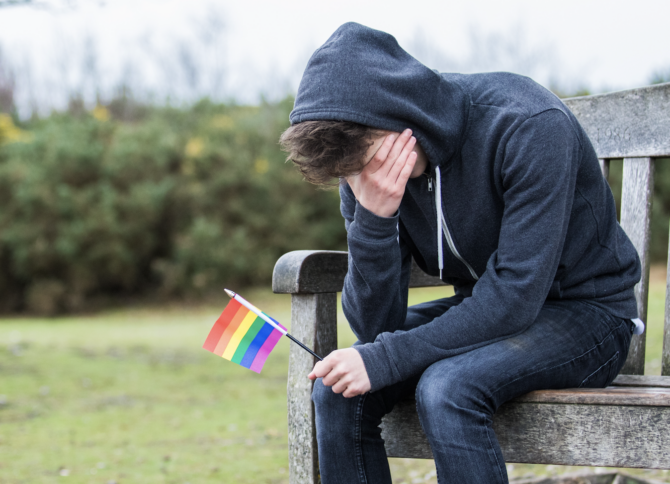 Unlike other marginalized groups being gay is something you realize slowly. It’s not something that you can tell about a person from their physical appearance. To communicate your sexuality you have to tell people. Now, what happens when it becomes unacceptable to tell people?

The gay ear was a nice subtle way to signal to other men that you were looking for men. But the problem was that it became too recognizable that it started to create problems for men who identified as homosexuals.

Sayings like “left is right, right is wrong” make it clear that being gay was considered something to be ashamed of and many LGBTQ youth were bullied for getting a piercing in “the gay ear.” 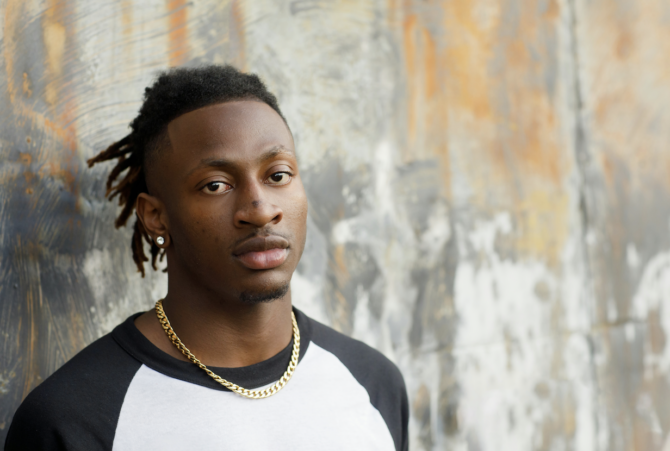 Has It Gotten Better?

There is good news. It’s no longer as dangerous to be out as a homosexual in the United States, so it’s no longer as important to know which ear is the gay ear. You don’t need something as subtle as a piercing, there are other ways to signal now – like telling someone you are gay or buying another man a drink.

In fact now, you can just hop on dating apps and find other men who are looking for men in your vicinity. The internet has made finding our tribes a lot easier.

In the years before the internet, it was much harder to connect to anyone. Most homosexuals needed signaling to quietly show off their pride. But these days they can just be themselves without as much fear of retribution. 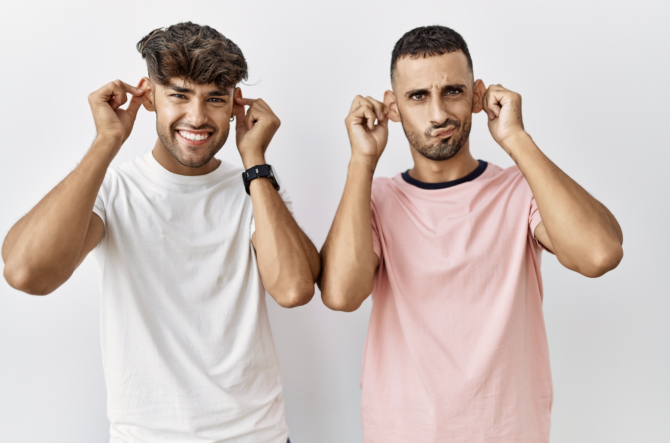 These days it doesn’t matter which ear is the gay ear in the US. The “Gay ear” has fallen out of favor for a more open-minded approach to piercings. Pretty much anyone can have them these days as long as they are appropriate for the situation.

Now it’s also much easier to know when someone is gay or straight because you can just ask them. It’s no longer taboo to talk about it. It might be a little awkward but it’s far better than how things used to be.

Since it’s no longer as much of a taboo to be gay and out and proud the need for such discreet signaling has been turned out on its ear. So what side is the gay side the right side or the left? It doesn’t matter anymore.

RELATED: What Comes After It Gets Better Equalize Youth