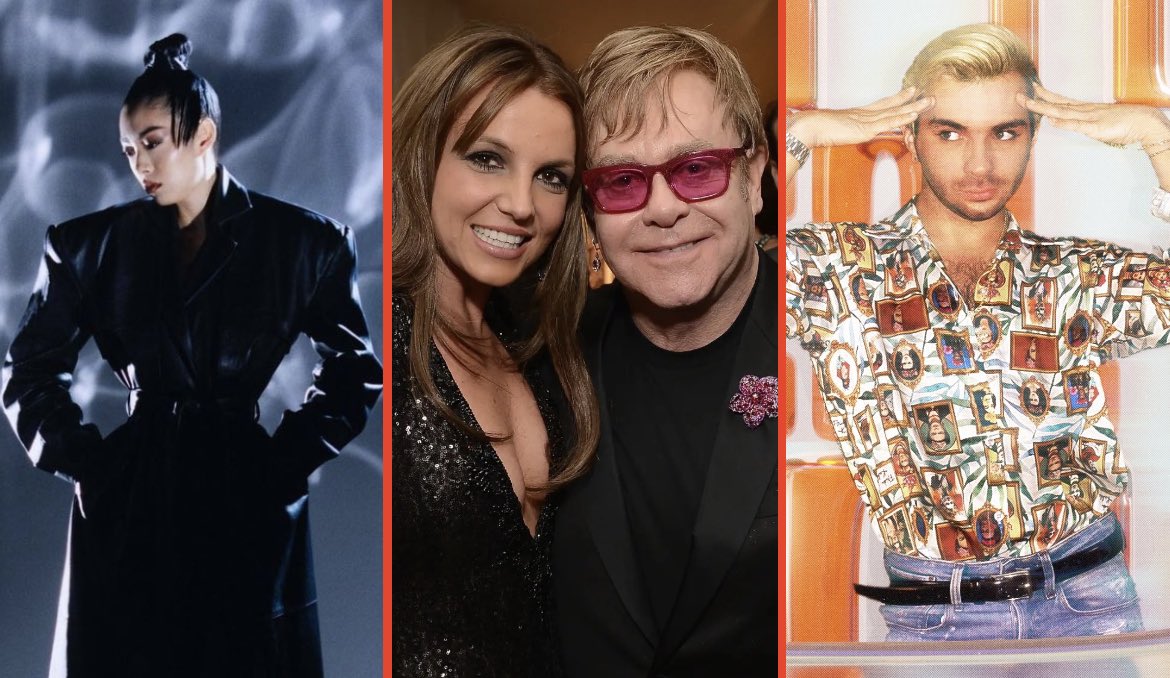 Congratulations, reader. You’ve made it to the weekend!

Hopefully it’s been a light week for us all. A lot of folks seem to have had it breezy this week; Gus Kenworthy had a nice Fire Island getaway, Val Demings kept on killing it in Florida, and Rihanna dropped the funniest makeup in years.

A lot of this week’s music drops have been pretty breezy, with lots of high spirits and rushing winds. Perfect to cool folks off in this late summer heat!

From chasing phantoms to bodies and souls, here’s your weekly bop roundup:

In one of the most optimistic stories in the entire “Good For Her” Extended Universe, Britney has dipped her toe back into musical waters. It’s not a reinvention of the wheel — though it is a reinvention of “Tiny Dancer” — but it’s joyous in a way that feels entirely too warranted. This song’s reliance on early Elton nostalgia is a clear attempt to recapture the “Cold Heart” success of last year, but you know what? When it works, it works!

For such a noted genre-bender, “Phantom” is remarkably singer-songwritery fare. It could almost pass as early Kelly Clarkson content if it weren’t for some of the more discordant build-up moments — and, naturally for Rina, a shredding guitar solo towards the end. This track turns the “our love is a ghost” trope inwards, mourning the connection to her former self rather than to a lover.

“Body and Soul” by Charlie Fisher

The world’s second most notable nonbinary Charlie has finally released their debut album, and the deep cuts were well worth the wait. While the “Call Me Crazy (Unconditional Mix)” still remains superior in their discography, tracks like “Body and Soul” show off their mastery in capturing an absolute groove. Club, dance, and even hyperpop influences run throughout State of the Art, all wrapped in homage to britpop — as well as a little something that’s very uniquely Charlie Fisher.

Matt Palmer came on this track with a record of “queer indie darling” to uphold, and of course, he ate. The layered vocals driving this track throughout sweep you up like the titular hurricane, and you’re surely not in Kansas anymore when you land. Between the song being an easy listen and Matt being extra-easy on the eyes, this video is perfect for bringing on the weekend.

If you’ve ever thought “I wish we had a trans Fiona Apple,” a) you’re galaxy-brained, and b) Ezra Furman is the answer to your prayers. Furman has an understanding of the inherent weight of existing as feminine in our society that comes out in each track, but the pounding hits throughout “Throne” especially make one feel compelled. All of Us Flames is an integral 2022 listen, cover-to-cover.