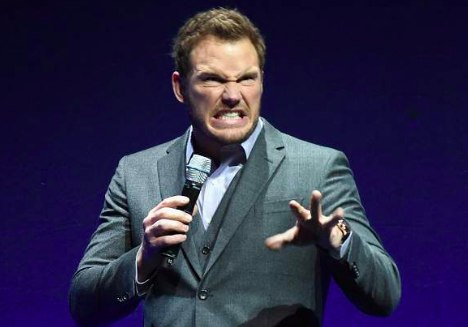 Chris Pratt’s comments to Stephen Colbert last week about being a proud member of the vehemently antigay Hillsong Church have caused quite a stir.

Now, in an Instagram story, Pratt has finally responded to the criticism he’s received for affiliating himself with the  church.

Over a photo of white lamb standing in a grassy field, Pratt wrote: “It has recently been suggested that i belong to a church which ‘hates people’ and is ‘infamously anti-LGBTQ.’ Nothing could be further from the truth. I go to a church that opens their doors to absolutely everyone.”

He continued: “Despite what the Bible says about divorce my church community was there for me every step of the way, never judging, just gracefully accompanying me on my walk.”

“They helped me tremendously offering love and support. It is what I have seen them do for others on countless occasions regardless of sexual orientation, race or gender.” 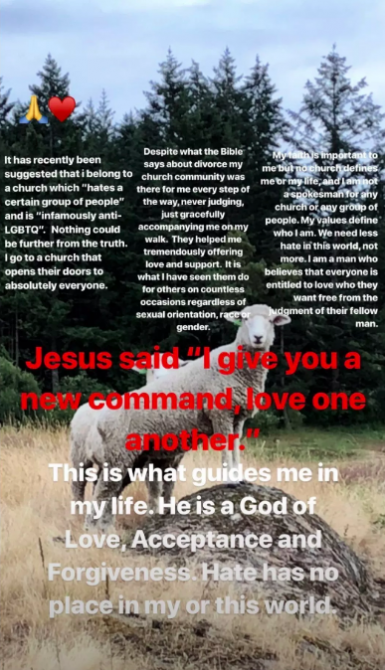 Wrote Pratt: “My faith is important to me but no church defines me or my life, and I am not a spokesman for any church or group of people. My values define who I am. We need less hate in this world, not more.”

“I am a man who believes that everyone is entitled to love who they want free from the judgement of their fellow man.”

He concluded: “Jesus said ‘I give you a new command, love one another.’ This is what guides me in my life. He is a God of Love, Acceptance, and Forgiveness. Hate has no place in my or this world.”

In addition to its fierce opposition to all things LGBTQ, Hillsong Church founder Brian Houston is currently under investigation for covering up sexual crimes committed by his father, Frank Houston.

Not only that, but the church has also come under fire for misappropriation of funds, abusive church leadership, and connections to fraudulent faith healer Michael Guglielmucci.

Related: Ellen Page isn’t finished yet, slams Chris Pratt over antigay church in yet another tweet