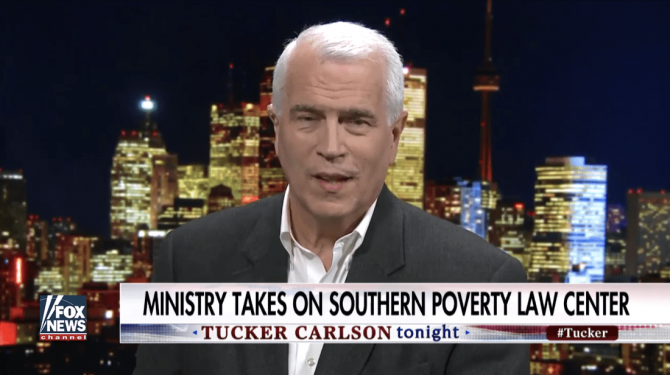 The hate group filed a defamation lawsuit after it was included in SPLC’s list of “Active Anti-LGBT Hate Groups.” But a judge ruled SLPC was protected by the First Amendment and dismissed the case.

Now, the hate group plans to appeal that ruling.

The SPLC defines a hate group as an organization that, based on its official statements or principles, the statements of its leaders, or its activities, has beliefs or practices that attack or malign an entire class of people, typically for their immutable characteristics. The organizations on the SPLC’s  hate group list vilify others because of their race, religion, ethnicity, sexual orientation or gender identity — prejudices that strike at the heart of our democratic values and fracture society along its most fragile fault lines. The FBI uses similar criteria in its definition of a hate crime.

In its lawsuit, D. James Kennedy Ministries insists it is not a hate group and claimed being placed on SPLC’s list led Amazon to stop allowing them to raise money through the AmazonSmile program and said that it hurt other fundraising efforts.

Oddly, the ministry has also produced documentary against the SPLC called Profit$ of Hate: The Southern Poverty Law Center, which is currently for sale for $25.00 on its website. Evidently, nobody should be allowed to call them a hate group, but they think it’s OK to accuse others of hatred and greed.

In a statement, the hate group says they have “filed a notice of appeal with the United States Court of Appeals for the Eleventh Circuit in Atlanta.”

“The SPLC plays a disingenuous game, counting on a public connotation of ‘hate groups’ that brings to mind the KKK and neo-Nazis, while behind the scenes arguing that the term has no real meaning,” the statement reads.

“I hope that the media and the public will note well that the SPLC’s defense rests upon the notion that their ‘hate map’ is entirely arbitrary and artificial, and that it cannot be proved whether any group belongs on it or not.”

Related: The religious right may have softened its language, but it’s really the same old hatred

Subscribe to Queerty for a daily dose of #politics #d.jameskennedyministries #hategroup stories and more