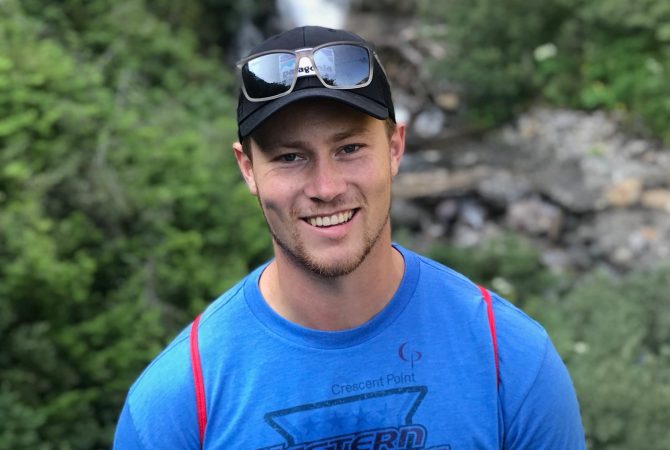 Marion University hockey player Brock Weston has just come out in an emotional essay for OutSports.

The 25-year-old Canadian-born player says that he long resisted coming out, following a series of gay rumors on campus of the Font du Lac, Wisconsin university. Things finally reached a tipping point this year.

“I knew I had to come out to my team when I had a meltdown in my apartment last spring with my roommate and a really close friend present,” Weston writes.

“I was so upset after going out one night that I threw my phone at the wall, punched a hole in my door and was bawling uncontrollably. I knew I could not live like that any longer.”

Weston eventually resolved to come out to his roommate and his family. His team, however, would prove the most difficult hurdle of all. The reason: the atmosphere of homophobia in the sport.

“This has been my nightmare for years and to be honest this day has haunted me for months,” Weston told his teammates.

“To hear the things I hear about people like me from you guys and the hockey community has made this nearly impossible. I just hope you understand: I didn’t choose this, and I hope you won’t turn on me.”

He continues, “Growing up as hockey players we are exposed to the locker room talk from a very young age, hearing it from our buddy’s crazy dad that says whatever the f*ck comes into his head with no regard. We pick it up quickly because we are little sponges.”

“Every guy we’ve ever played against has been a ‘loser’ or ‘f*cking f*g’ or ‘a c*cksucker.’ You get the picture.”

Weston then made six requests of his team: that they know he doesn’t stare at their naked bodies in the locker room; that he doesn’t want to be the subject of slurs or jokes; that he still puts his team before everything else; that they feel free to ask him questions; and finally, that they did not run around campus telling everyone.

Figuring that his coming out would mean the end of his hockey career, Weston had planned to leave the locker room immediately after delivering his remarks.

“Before I could leave,” he writes “one of the guys I thought might react negatively spoke up and said, ‘Hey Brock. We love you no matter what. I think we all agree and you’re a part of this family and we have your back.’ Everyone then got up and bro-hugged and we had basically a huge team group hug.”

Weston says his team has also stopped with the gay slurs around the locker room, and around campus. Since coming out, he’s gone public with his boyfriend of two years, introducing him to his teammates and family.

Brock will graduate from Marion this spring with a BS in Biology. He hopes to pursue a career in sports medicine after graduation.