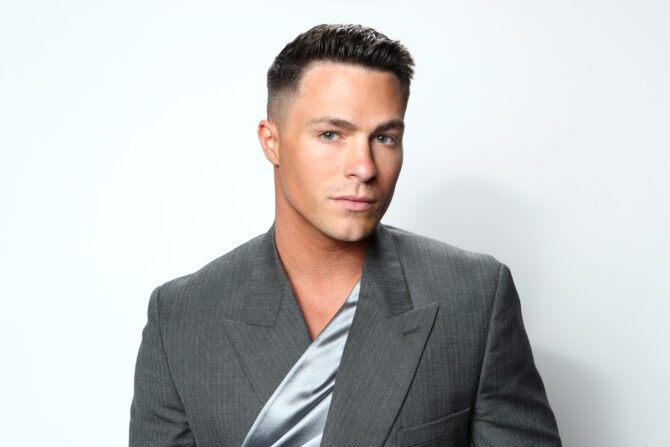 Since coming out in 2016, Colton Haynes has spoken many times about being pushed back into the closet at the start of his career. But in his new memoir, Miss Memory Lane, he writes specifically about the infamous gay photoshoot that it almost got him passed over for his breakout Teen Wolf role.

Colton’s manager at the time reportedly said to him, “Look what almost happened, Colton. The head of MTV almost didn’t hire you because of that XY photo shoot we’ve been working our asses off to extinguish.”

Thankfully Teen Wolf show-runner Jeff Davis, who is openly gay himself, reportedly fought to secure Colton’s spot on the show.

The manager was referring to a 2006 shoot for XY Magazine that shows an underwear-clad Colton pushed up against a fence, making out with a man in a pool, and other generally homoerotic images.

It should be noted that the shoot strayed at most into PG-13, showing nothing that would likely get a straight model/actor blacklisted if the shoot partner were a woman.

After years of he and his team attempting to get the shoot scrubbed from the internet, Colton actually shared the magazine cover publicly on Instagram last year in an act of reclamation.

Colton captioned the photo with“I’ve never posted this picture before. In fact, I spent a big part of my career trying to erase it from the internet while I was still in the closet.”

“I was jealous of him. The boy in these pictures was so open, so free. He had to be taught that it wasn’t okay to be who he was.”

The Pride month posting was met with plenty of love, with people including Keke Palmer, Michelle Visage, and Jonathan Bennett sounding off their support in the comments.

Watch Colton read an excerpt from his new memoir.