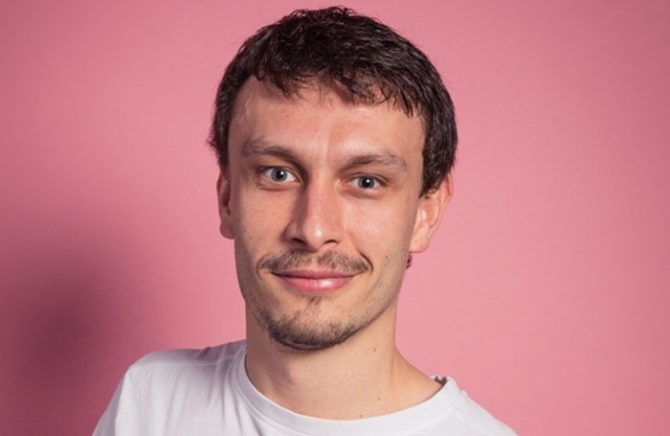 According to a 2017 report by the CDC, nearly one in six men has experienced “contact sexual violence” during his lifetime. Of course, everyone responds to sexual assault differently. For U.K. comedian and actor Richard Gadd, it opened his mind in ways he never could have imagined.

“It muddled my brain for so long,” Gadd, who was sexually assaulted by another man four years ago, tells Gay Times. “It was this constant refusal to accept what happened because I didn’t want to believe it.”

Gadd is currently starring in a hit solo show at the Edinburgh Fringe Festival called Monkey See Monkey that deals with his coming to terms with his assault.

In the show, Gadd talks about how the attack prompted him to start seriously questioning himself and his identity.

Before the assault, Gadd identified as a gay man. After the assault, and after some serious self-reflection, he now says he’s to bisexual or pansexual.

“I don’t know who said this quote or even if I’m making it up in my head,” he explains, “but someone said that people will soon learn that you fall in love with people, not genitals, and I think that’s quite interesting.”

When you’re younger and a little less developed in knowing who you are, labels can be strong and empowering, but as you explore yourself a bit more they can create confusion in your head. I’ll be like, ‘Oh, if I like that then I can’t be this, but I still enjoy doing this so does that mean I’m not fully that?’

Another unexpected result of his assault: sex addiction.

“I was speaking with this one guy … who said after he’d been sexually assaulted, he sort of detached himself from his body and became very asexual,” Gadd explains.

“People react differently to sex when they’ve been sexually assaulted, but I felt like I didn’t want it to ruin me, so I found that I was having more sex and I was wanting to rediscover the connection I had with it.”

Gadd says he’s encountered people who don’t believe him when he says he went from being gay to being bi/pan, “but weirdly, I get that more from gay people.”

“People who I thought would welcome me with open arms sort of gave me the stick,” he says. “There’s always an irony when people who’ve experienced prejudice are prejudiced themselves.”

Ultimately, he adds, “it’s important to start seeing sexuality as fluid.” And, thankfully, most people are starting to come around.

“It’s weird, because four years ago I was stuck in my own private hell, but now, when I’ve decided to talk about it, I realize how much society has progressed around us,” he says.

Thinking in terms of gender can be dangerous, but I probably feel stronger now about being a man than I have done in years. I remember I’d shave my head and put on a deep voice to be more “manly,” but I didn’t feel like one inside at all. I hope people believe me when I say this, but the sexual assault made me feel more empowered as a man because I realized that masculinity is just a ridiculous projection. There are no scientific rules, it’s just a word, you know?

Related: Zeke Thomas opens up for the first time about being sexually assaulted by a man from Grindr

top of the class
27 comments

just do it
27 comments