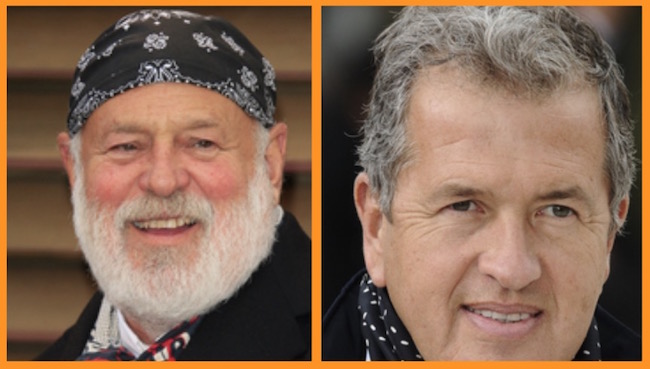 Condé Nast is ending their relationship with fashion photographers Mario Testino and Bruce Weber following a New York Times article compiling allegations of sexual exploitation from over 24 male models, many of which go back to the 1990s.

Model Ryan Locke even called Testino a sexual predator and shared a story in which the photographer sent everyone out the room during a shoot and locked the door.

“I went at him, like, you better get away. I threw the towel on him, put my clothes on and walked out.”

Weber and Testino deny any wrongdoing.

“I’m completely shocked and saddened by the outrageous claims, being made against me, which I absolutely deny,” says Weber.

Testino’s lawyers claim his former employees are “shocked” by these allegations and “could not confirm” any of them.

“We are deeply disturbed by these accusations and take this very seriously. In light of these allegations, we will not be commissioning any new work with Bruce Weber and Mario Testino for the foreseeable future.”

She also wrote her own personal statement:

“The past several months have been an extraordinary time of reckoning and change, and I, like so many others, have been astonished by the courage of those who have come forward to tell stories of sexual misconduct.”

She later says she believes “strongly in the value of remorse and forgiveness” but takes the accusations “very seriously.”

The publishing house has been working on a new code of conduct since October, with new rules going into effect later this month.

Models must be over 18; alcohol and drugs are forbidden on sets; photographers can’t use Condé Nast sets for their own freelance work; and models must approve any shoot “involving nudity, sheer clothing, lingerie, swimwear, simulated drug or alcohol use, or sexually suggestive poses”.