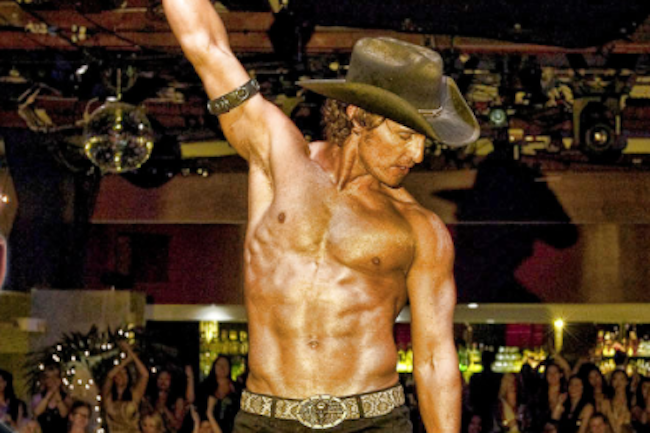 This week, readers were no doubt left shook by a headline in right-wing publication Conservative Post reading “Matthew McConaughey just ‘came out of the closet,’ but will it hurt his career?”

The headline is so brazenly misleading,  Snopes felt compelled to debunk the rumor:

Although the article’s title used the phrase “came out of the closet”, which is commonly used to refer to individuals deciding not to conceal the fact that they are gay and subsequently informing their friends, family, and potentially the public about their sexual preference, no such personal admission was included in the text.

The Conservative Post was evidently using a more generic interpretation of the term “out of the closet” in its headline, in this case referring to somebody who has revealed a personal secret. What was his secret? The web site heavily implied that McConaughey’s big reveal is that he identifies as a Christian.

Actor Matthew McConaughey speaks out in a recent interview with GQ discussing his views on marriage.

McConaughey is well known for his southern charm, remarkable acting skills, and his recent address at the Oscars where he thanked God and said that his blessings in his life have come from the Almighty.

As Snopes points out, even this interpretation is highly misleading.

McConaughey hasn’t been keeping his religious faith a secret at all. He told interviewers in 2001 that he was raised “Methodist, not southern Baptist” and he thanked God at the 2014 Oscars when he won the award for Best Actor:

Snopes also points out the “recent interview” was published back in 2014.

To give you an example of what kind of publication we’re talking about, The Conservative Post is broken into sections that include “Home,” “Politics,” “Culture,” “Entertainment,” “Faith,” and “Endtimes.”