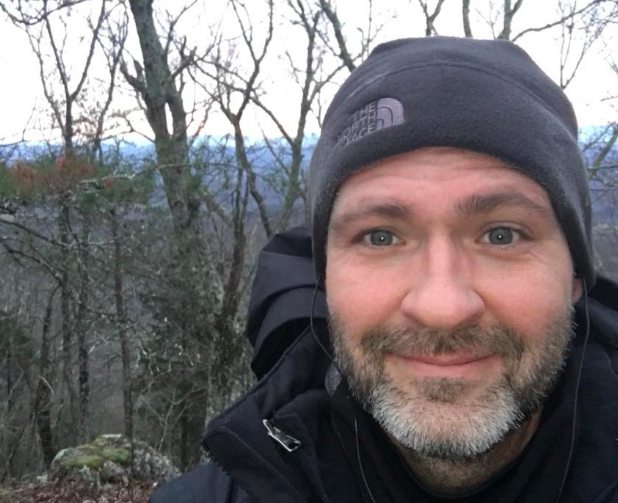 Grayson Fritts is a deputy with the Knox County Sheriff’s Office in Knoxville, Tennessee. He also moonlights as a pastor at All Scripture Baptist Church, where he recently gave a fiery sermon about the evils of homosexuality.

In the sermon, which was delivered on the first Sunday of Pride month and then uploaded to Facebook, Fritts called LGBTQ people “f*gs,” “freaks,” and “animals” and said it was the duty of police officers like himself to enforce the homophobic teachings outlined in the Bible, including the one that says gay people should be “put to death.”

“Here’s how it should work,” Fritts ranted. “We go out and we enforce the laws, because the Bible says the powers that be are ordained of God, and God has instilled the power of civil government to send the police, in 2019, out to these LGBT freaks and arrest them.”

He continued: “Have a trial for them, and if they are convicted, then they are to be put to death. Do you understand that? It’s a capital crime to be carried out by our government.”

Fritts went on to say police should ambush Pride parades because they could roundup large swaths of LGBTQ people all at once.

Then came the kicker: “After this onslaught, where the government’s arresting them, and carrying out God’s laws … they’re all dead!”

Posted by All Scripture Baptist on Wednesday, June 12, 2019

A spokesperson for the Knox County District Attorney told local media this week that its office had launched an investigation into the matter.

“We are looking into it and will respond accordingly,” said Knox County District Attorney General Charme Allen. “As District Attorney, I have dedicated my career to the belief that justice is blind and that all people are entitled to equal protection of the law. I always have, and always will prosecute fairly and justly, based upon the law and the evidence, without prejudice, bias, or discrimination of any kind.”

Meanwhile, Knox County Sheriff Tom Spangler said Grayson Fritts, who has been with the department for roughly 20 years, has requested early retirement and is no longer on active duty.

“Detective Fritts turned in his request for The Knox County Voluntary Workforce Reduction Buy Out approximately two weeks ago,” Spangler says. “I accepted his request. Detective Fritts is no longer on active duty with the Knox County Sheriff’s Office, he is currently on paid sick leave until the effective date of the workforce reduction which will be July 19, 2019.”

He continued, “I want to be very clear that it is my responsibility to ensure equal protection to all citizens of Knox County, Tennessee under the law, my oath and the United States Constitution without discrimination or hesitation. Rest assured that I have and will continue to do so.”