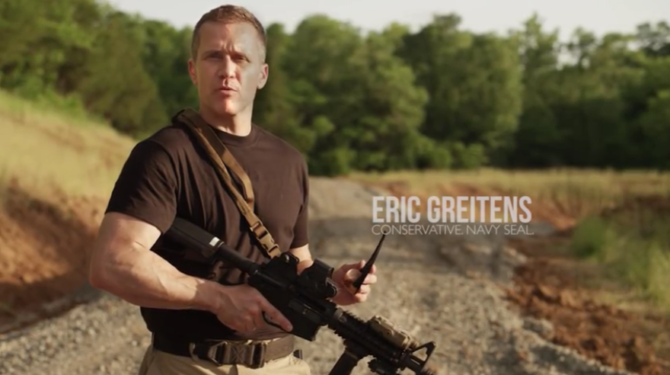 When it comes to sexual impropriety, nobody is more forgiving than GOP voters.

It was barely three years ago when “family values” Republican Eric Greitens resigned as Governor of Missouri after being accused of sexual misconduct and blackmail. Now, he’s the reported frontrunner in his race for U.S. Senate.

In case you forgot, Greitens resigned in 2018 after he was arrested and charged with first-degree felony invasion of privacy when his former hair-dresser-turned-mistress accused him of tying her to a chair in a basement, blindfolding her, spitting in her mouth, ripping open her shirt, taking her picture without consent, forcing her to perform oral sex on him, and then blackmailing her to keep quiet about the whole thing.

After the scandal broke, Greitens admitted to the affair but denied doing anything illegal then retreated from the spotlight for a while. The charges against him were eventually dropped. Then in March of this year, he mounted a political comeback by announcing his plans to replace retiring Sen. Roy Blunt in 2022.

Since then, he has been traveling all across the state trying to win over conservative voters by convincing them that the whole sex scandal he was wrapped up in a few years back was really NBD and they should totally elect him to represent them in the U.S. Senate because God forgives and blah, blah, blah.

According to emissourian.com, Greitens, who believes discrimination protections for LGBTQ people threaten jobs and gender neutral bathrooms will result in “grown men [going] into little girls’ bathrooms”, is fast becoming the front runner in his race.

Not only that, but several high-profile conservatives have slithered out from the sewer to endorse him, including the esteemed Rudy Giuliani and ex-convicted felon (pardoned by Donald Trump) Bernie Kerik, as well as conservative media personalities Mark Cox and Jamie Allman.

He’s also employed Donald Trump Jr.’s girlfriend, Kimberly Guilfoyle, to be his national campaign chair. And he has the support of billionaire Richard Uihlein, who just donated $2.5 million to a newly formed pro-Greitens super PAC.

Oh, and he’s been cozying up with accused mail fraudster and money launderer (also pardoned by Trump) Steve Bannon.

Like so many Republicans these days (i.e. Matt Gaetz, Ted Cruz, Josh Hawley), Greitens appears to be casting himself as Trump 2.0. But he’s doing a better, not to mention sneakier, job at it. In addition to artfully aligning himself with some the sleaziest players within the GOP, he’s making voters forget about the not-so-Christian lifestyle he leads and the fact that, oh yeah, he’s got a mugshot.

Keep a very close eye on this one, folx.